Mushkin Enhanced MFG, an industry-leading designer and manufacturer of high-performance and cost-effective solid state storage products, today announced its latest addition to the ATLAS family of products - the new ATLAS VITAL M.2 2280 Series for Ultrabooks, notebooks, and small form-factor PCs. Atlas Vital is suitable for mobile gamers, professionals, or general end-users looking to take their computing experience to the next level with solid state storage.

Leveraging Seagate's SandForce SF-2000 series SSD processor with a SATA 3.0 interface, the ATLAS VITAL provides stable performance with sequential read and write speeds up to 550 and 535MB/s respectively and 4KB random transactional performance of up to 86,000 IOPS for low-latency computing and high throughput. With these features, the ATLAS VITAL is an ideal solution for value-minded users looking to improve their systems' response time and greatly reduce their operating system boot and application load times compared to a traditional hard drive. 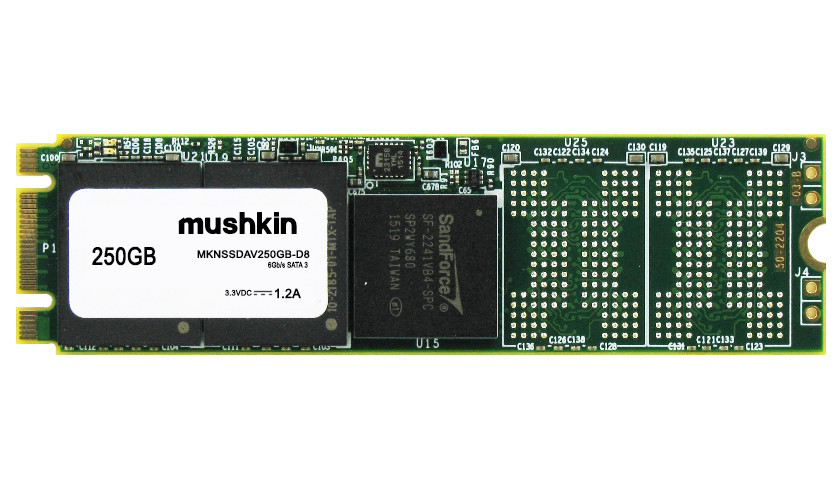 Mushkin's Atlas Vital series SSDs are not exactly the fastest M.2 SSDs on the block, with a SATA 3.0 controller chip it can only achieve the same speeds as other SATA 3.0 SSDs, not that this is by any means slow.

Right now we do not have any solid pricing on these SSDs from Mushkin, they are described as being a SSD for the budget conscious user, so it is expected to be available for a relatively low cost.

YOu can join the discussion on Mushkin's Atlas Vital series of M.2 SSDs on the OC3D Forums.

SuB
Opinion will depend largely on the cost, if these are truly value oriented then I'll be impressed

nice to have the optionQuote
Reply