Mushkin has just revealed two new SSDs, both of which deliver ultra-fast PCIe 4.0 performance and capacities of 1TB and over. These SSDs are designed for mainstream gamers and professional PC users, users who desire fast application loading times and ultra-fast performance.

On the ultra-high-end, Mushkin has their new GAMMA series SSDs, which will ship with 1TB, 2TB and 4TB models and offer users sequential read speeds of up to 7175MB/s. This drive will use Phison's E18 SSD controller, delivering performance levels that can be more than ten times faster than SATA SSDs and more than 50x faster than HDDs.

Mushkin's DELTA series is designed to appeal to a broader audience, offering users lower performance levels and more affordable pricing. The DELTA series will offer users sequential read speeds of up to 4,975MB/s and sequential write speeds of up to 3975 MB/s. These drives are still much faster than SATA SSDs, and miles ahead of HDDs in performance. This time last year, this SSD would be a top of the line model. That's how quickly the SSD market has moved.

Both Mushkin's new DELTA and GAMMA drives will ship with a 5-year limited warranty and are due to be available from retailers soon. With the storage requirements of games increasing, we can see these high capacity NVMe SSDs being of great interest to PC gamers, especially if they play games like Call of Duty: Warzone. 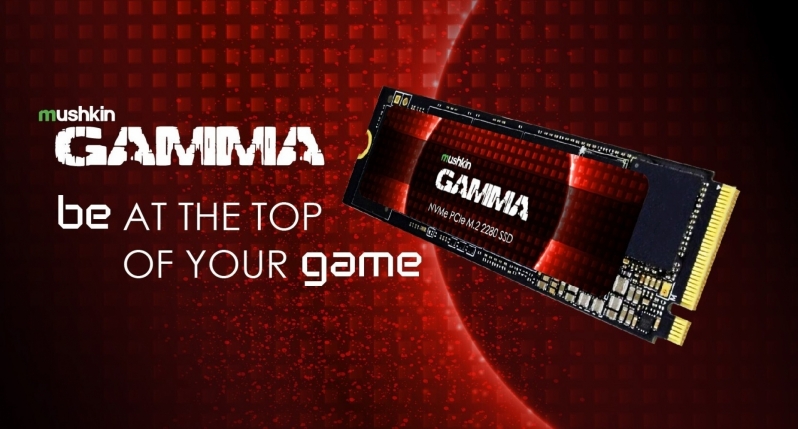 You can join the discussion on Mushkin's new DELTA and GAMMA series SSDs on the OC3D Forums.