The Helix-L series is designed to act as a cost-effective storage solution, sitting within the standards M.2 2280 (22mm wide/80mm long) form factor while using 3D TLC memory and a Silicon Motion SM2263XT controller.

Thankfully the Helix-L has been updated since CES 2019 to include a black PCB, with prototypes of the drive coming with a green PCB. The main downsides of this drive is its use of four PCIe 3.0 lanes despite the fact that the drive isn't much faster than PCIe 3.0 x2 M.2 SSDs from competing brands, making this drive's use of two additional PCIe lanes effectively useless. 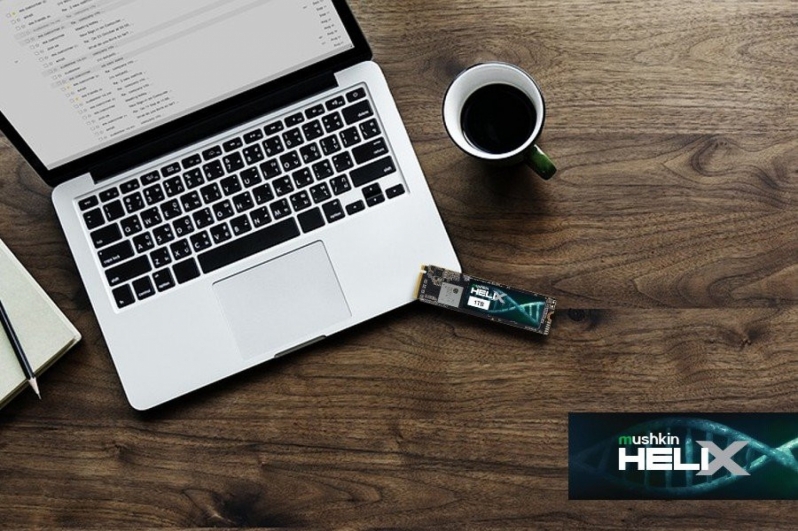 More information about Mushkin's Helix-L series of NMVe SSDs is available on the company's website.

You can join the discussion on Mushkin's Helix-L series of NVMe SSDs on the OC3D Forums.

NeverBackDown
It's a shame it's a x4 lane drive with x2 speeds. Just increases the cost and it won't compete against cheaper x2 drives and certainly not x4 drives.Quote

grec
Technically that does surpass PCIe3 x2 speeds, after encoding you get 950MB/s per PCIe3 lane, so the read speed here is about 200MB/s over(Or ~10%) what's achievable on x2.Quote

NeverBackDown
Ok? All I said was it's essentially barely faster than x2, more expensive, won't compete. It's far slower than x4 and nobody will buy it since you can get far faster drives for probably not much more money.Quote

grec
Was re: the article
Quote:
I'm not sure it'd increase cost that much probably the same ~10% mark for raw cost since the controller wouldn't change here just some signalling.Quote

NeverBackDown
Hmm sorry figured you were replying to me.
At leas in the US. A x4 drive roughly double the price of a x2 drive. It makes a big difference in cost.Quote
Reply