The STRIKER SSD provides sequential read and write throughput of up to 565 and 550MB/s respectively, with random performance of up to 90,000 4K IOPS. Launching in 240-960GB capacities, the new STRIKER SSD series will be available at retail channels in Q1 2015. 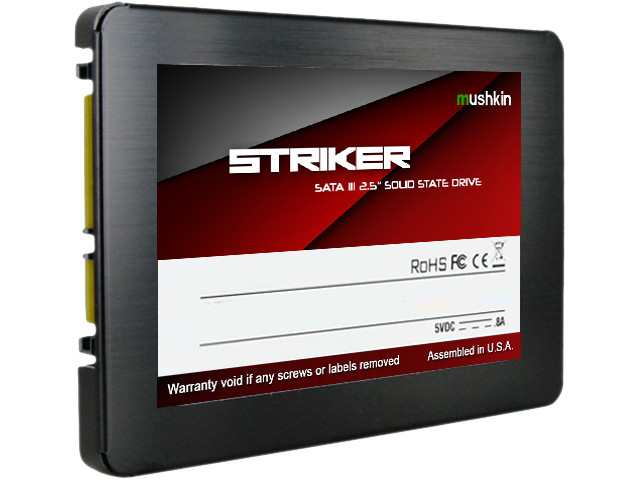 "Mushkin is committed to giving our customers the best performing and most reliable SSDs and our new STRIKER family of drives delivers," said Brian Flood, Director of Product Management at Mushkin. "With an ever-increasing demand for greater performance, the new STRIKER drives provides the ultimate combination of speed and reliability for today's demanding applications."

Features of the STRIKER line of SSDs include:

Join the discussion on Mushkin's Striker Series of SSDs on the OC3D Forums.

yassarikhan786
Not much of a looker, but if the price and performance is reasonable, it doesn't need to be.Quote

Merxe
The speeds are great. It's probably going to be closer to the Samsung 850 PRO prices rather than EVO.Quote
Reply