So what makes the PlayStation 5 and Xbox Series X "Next Gen"? Yes, we have CPU upgrades, GPU upgrades and memory enhancements, but those aren't what will truly differentiate these systems from their current-generation counterparts.

One of the highlights of both next-generation consoles is their use of SSD-based storage, and no, this upgrade is about more than making fast-travel faster and reducing other game loading times.

The Problem with Hard Drives

If we wanted to summarise the problem with HDDs (Hard Disk Drives) in a single word, it's that they're slow. If all the data that you need is sequentially available, performance is adequate, but in reality, data is rarely sequential, especially after you've written data across most of it.

A sequential data stream is when a hard drive can read data from a single data stream. The read heads on your hard drive will barely move, and data can be read at its fastest. When data isn't sequential, the drive heads of your HDD are forced to move its read heads and "seek" its next stream of data. These seek times are long, variable and unreliable.

Seek times, according to Sony's Mark Cerny, can last between 2-50 milliseconds on a PlayStation 4 console, and offer developers storage bandwidths of between 50 and 100 MB/s. Developers have learned to lower these seek times by placing vital data on several locations across a hard drive, but this approach wastes precious storage space and only partially mitigates the issues that are presented by mechanical storage.

Even during optimal conditions, mechanical storage devices are slow, requiring developers to cache large amounts of data onto system memory. Game developers cannot rely on HDDs to deliver the data they need as fast as they may need it, forcing a lot of unnecessary data to remain in system memory on a "just in case" basis.

How SSDs solve this issue

Solid State Drives, SSDs, are based on NAND memory, requiring no moving parts to operate. Thanks to the static nature of these storage devices, there are no "seek" times to be considered. Jumping from one area of an SSD to another will not result in a latency penalty, making seek times practically instantaneous.

The elimination of seek times will help reduce the need for unnecessary data replication in future games, a factor which should help minimise game install sizes. The storage performance of modern SSDs will also allow developers to stream in more data than HDDs can provide. This not only decreases load times, but it also allows developers to dedicate less system memory to "just in case" data, as it can be accessed quickly through an SSD. 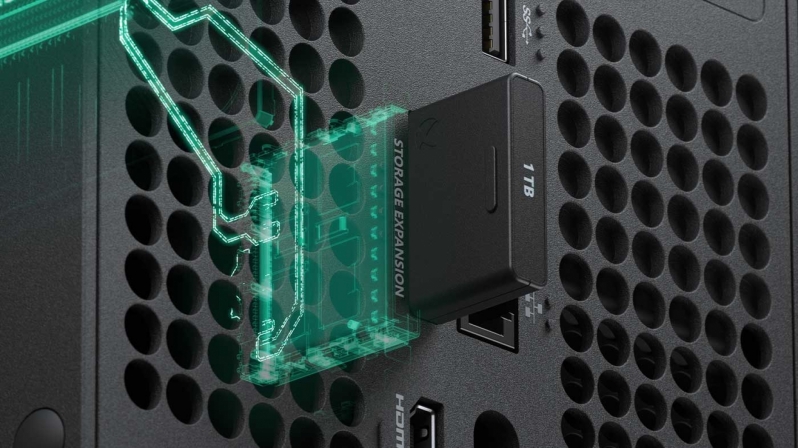 With both next-generation consoles, it won't take long for system memory to be filled or refilled with data from each system's SSDs. This change will allow more of each system's DRAM pools to be dedicated to visible assets and background calculations, instead of prepared memory for future frames.

This means that both the Xbox Series X and PlayStation 5 have had larger memory upgrades than previously thought. Yes, both systems now have 16GB of GDDR6 DRAM, a 2x upgrade over Xbox One and PlayStation 4, but the use of SSD storage in both next-generation systems will allow more of this memory to be effectively utilised than before.

Game developers will be able to rely on the SSDs of Xbox One and PlayStation 5 to provide them with the data they need when they need it, allowing the SSD storage of each console to be used more like system memory than ever before. Both the bandwidth and latency gaps between system storage and system memory have gotten narrower, which is great news for gamers and developers alike.

These changes will allow developers too better utilise the memory pools of both next-generation platforms, allowing them to offer higher resolution textures, more asset variety, increased draw distances in games and the ability to increase game complexity. 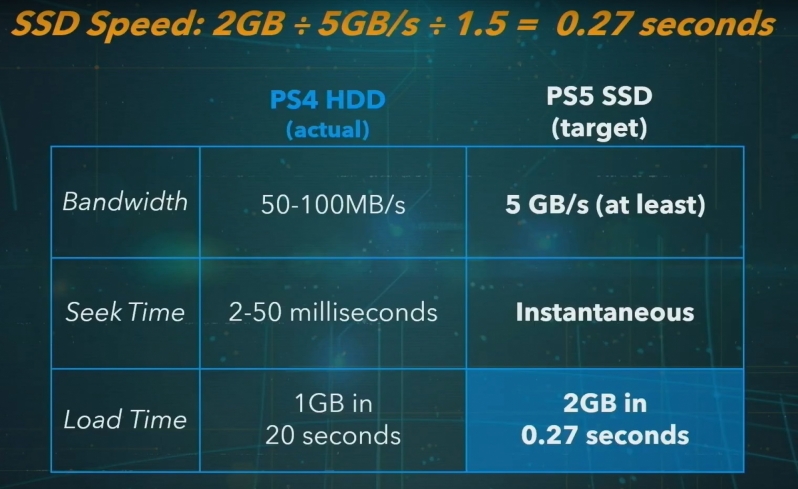 When we compared the system specifications of Sony's PlayStation 5 and Microsoft's Xbox Series X consoles, we found that Sony offered its users much faster storage than Microsoft. In fact, Sony's SSD storage was over two times faster than what Microsoft could offer.

Sony's PlayStation 5 console places system storage is a lot closer to system memory than Microsoft has with Xbox Series X, a factor which will allow Sony's exclusive titles to push games forward by leveraging the power of the PlayStation 5's storage. Only time will tell if Sony's faster storage will become a major differentiator within next-generation titles, especially given Microsoft's faster CPU, GPU and memory on Xbox Series X.

While Microsoft has the fastest console in most respects, Sony's system could end up delivering faster loading times, all thanks to PlayStation 5's push for cutting-edge storage.

You can join the discussion on the impact on next-generation storage on both PlayStation 5 and Xbox Series X on the OC3D Forums.

SPS
To add to this, this thread shows some insight into why current I/O is limiting and why this next gen i/o will really help across the board.
https://twitter.com/_ArtIsAVerb/stat...90141232939012Quote

WYP
Quote:
Cheers. I'll give this a read. (heads downstairs to make a good cup of tea first)Quote

ImprovizoR
Sony's approach is really interesting. We've never seen before what kind of game is possible with this type of storage in mind. So far every game was designed with an HDD in mind. Not only that, but being twice as fast as the storage in the new Xbox, it's entirely possible that we'll see PS5 exclusives that couldn't even run on the Xbox simply because of its slower storage. This might be more revolutionary than simply throwing teraflops around.Quote

Peace Đ
Quote:
Is it really possible to have a game that's impossible to run simply because your storage is too slow?

WYP
Quote:
Indeed, it is a very interesting move for Sony to make. One has to wonder about costs though. That said, Xbox's proprietary storage sounds expensive too.

Both consoles have taken a huge step forward with storage, but you are right in saying that PS4 exclusives will need to push that drive to its limits to make the most out of the consoles.

It's also great that they have moved a lot of the workload from the Zen 2 CPU too, making it a lot easier to access such insane storage speeds without other hardware limitations.Quote
Reply