The NVMe specification has exploded in popularity in recent years, becoming a dominant force within the consumer SSD space and the storage specification that sits at the core of the latest games consoles, the Xbox Series X/S and PlayStation 5.

Over time, NVMe must evolve to cover more ground, and version 2.0 of the specification is designed to broaden the possibilities of NVMe storage. NVMe has been reorganised to allow the flash ecosystem to evolve, laying down the groundwork for future 2.1, 2.2 and future standards. While these changes will not revolutionise the consumer SSD market, it is the start of what could be a period of rapid innovation for the NVMe standards.

What follows is the Press Release from NVM Express Inc regarding the release of their NVMe 2.0 specification;

NVM Express, Inc. today announced the release of the NVM Express® (NVMe®) 2.0 family of specifications. The restructured NVMe 2.0 specifications allow for faster and simpler development of NVMe solutions to support the increasingly diverse NVMe device environment, now including Hard Disk Drives (HDDs). The extensibility of the specifications encourages the development of independent command sets like Zoned Namespaces (ZNS) and Key Value (KV) while enabling support for the various underlying transport protocols common to NVMe and NVMe over Fabrics (NVMe-oF™) technologies.

“We have rearchitected the NVMe 2.0 library of specifications to meet the evolving demands of the future of storage,” said Amber Huffman, NVM Express president. “NVMe technology has unified client, cloud and enterprise storage around a common command set and architecture. Our Technical Work Group has worked diligently to optimize the features of the NVMe 2.0 specifications for diverse market segments, allowing for emerging use cases and opening new NVMe device types.” 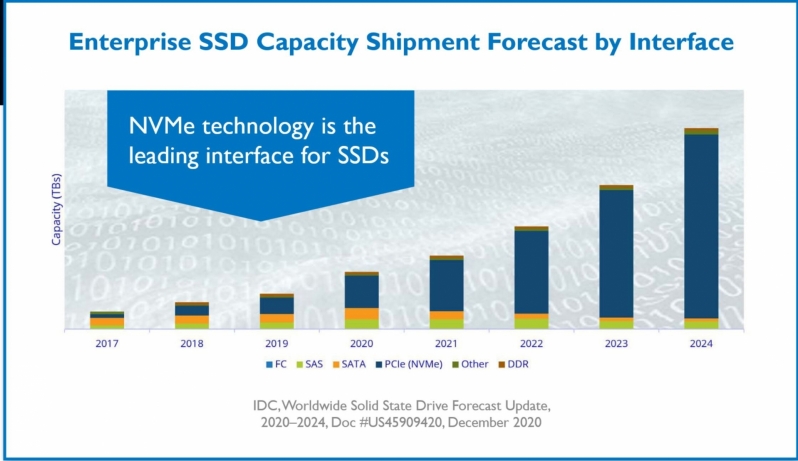 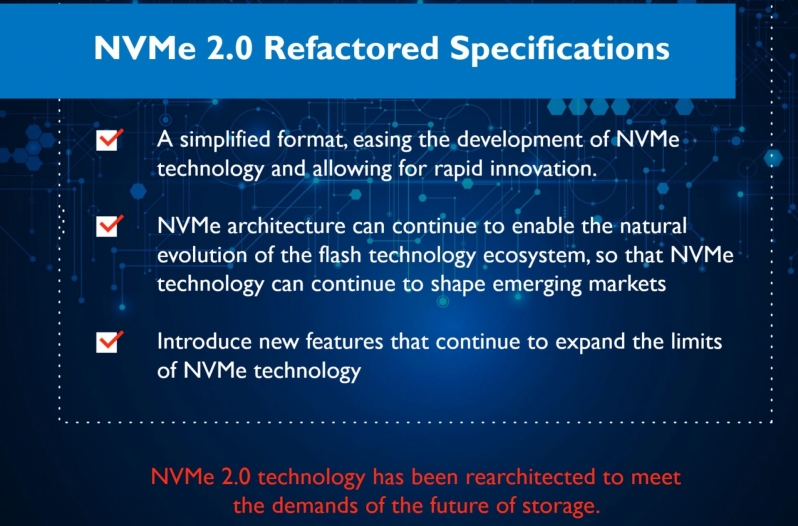 - The ZNS specification provides a zoned storage device interface that allows the SSD and host to collaborate on data placement. ZNS permits data to be aligned to the physical media of the SSD, improving overall device performance and cost while increasing the media capacity that can be made available to the host.
- The KV Command Set provides access to data on an NVMe SSD controller using a key rather than a block address. KV allows applications to directly communicate with the drive using key-value pairs, avoiding the overhead of translation tables between keys and logical blocks.
- Namespace Types provides a mechanism to allow an NVMe SSD controller to support the different command sets that are defined as part of the NVMe 2.0 release as well as a path for future command sets.
- NVMe Endurance Group Management enables media to be configured into Endurance Groups, exposing granularity of access to the SSD and improving control.
- Rotational media support enables support for HDD on NVMe with updates to features, management capabilities and other enhancements required for HDD support.
- Multiple Controller Firmware Update defines behavior for firmware update on complex systems with multiple controllers.
- Shutdown enhancements enables showdown control from enclosure management for simplified management of many drives at once.
- Simple Copy Command copies data from one namespace in the drive, offloading the copy operations from multiple source LBAs to a single destination LBA.
- 32/64 bit CRC expands the protection information and data protection to 32 and 64 bit allowing for new types of meta data use cases.
- Command Group Control prevents unintended changes after a system is provisioned and protects the system from unintentional or malicious changes.
- NVMe 2.0 specifications maintain backwards compatibility with previous NVMe generations.

View the NVMe 2.0 library of specifications on our website: https://nvmexpress.org/developers/. 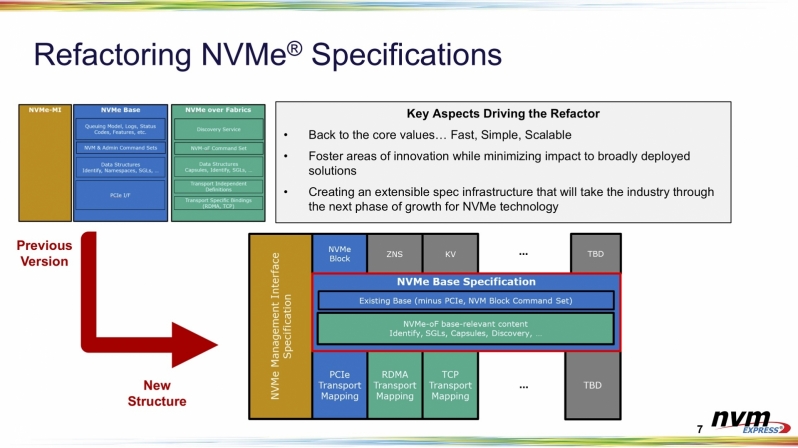 You can join the discussion on the NVMe 2.0 Specification on the OC3D Forums.