Phison's showcasing their fastest ever SSD controller at CES 2022

Phison is currently one of the biggest names in the SSD business, with their controllers powering SSDs from Corsair, Sabrent, Gigabyte, MSI, Patriot, Seagate and more. PCIe 4.0 SSDs are currently the fastest available, but the world is preparing to transition to PCIe 5.0 connectivity, giving future SSDs a potential 2x speed bump.

At CES 2022, Phison has confirmed that they will be showcasing their new PS5026-E26 SSD controller, which they have claimed can scale beyond 10 GB/s while meeting the "power requirements of all-day computing". More exact performance data will be revealed at CES, but what the company has claimed so far is impressive.

Phison Electronics Corp., a global leader in NAND flash controller integrated circuits and storage solutions, will showcase its lineup of next-generation gaming solutions for customers, partners, media and other interested parties during CES 2022, January 5-8 exclusively by private virtual demos. The new-class of solutions include the company's first PCIe Gen5 controller for high-end desktop gaming, a future high-performance Gen4 solution, and demonstration of the next-generation game workload coming soon to PCs.

Phison, the leader in gaming-optimized SSDs pushes the boundaries of performance. The company's solutions power seamless experiences for modern console, desktop/notebook and mobile gaming, which are delivered to consumers through an extensive and diverse group of partners.

Highlighted gaming products Phison will preview on the virtual demos include:

The E26 SSD solution is the best-in-class combination of performance and low-power using Phison's unique architecture. E26 is a customizable SSD platform designed for PCIe Gen5 that will span enterprise and consumer markets. The company's first Gen5 controller will ship in multiple form factors and features with the ability to scale beyond 10 GB/s while meeting power requirements for all-day computing. Phison will show the E26 for the first time at CES 2022.

You can join the discussion on Phison's latest SSD controllers on the OC3D Forums. 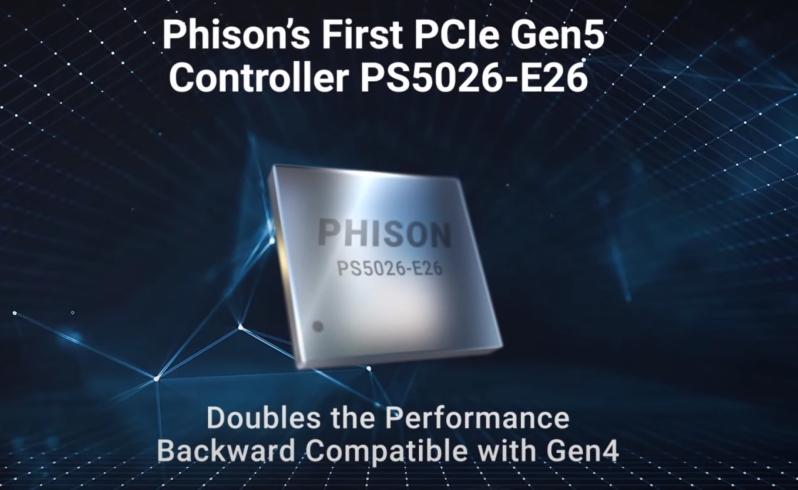