The industry's first PCIe 5.0 SSDs will launch alongside AM5 and Ryzen 7000

Phison's working with AMD and Micron to bring PCIe 5.0 SSDs to market this year

Phison, at Computex 2022, has announced that they have entered a strategic partnership with AMD and Micron to bring PCIe 5.0 SSDs to market this year using their PS5026-E26 SSD controller.

Back at CES 2022, Phison revealed that their PS5026-E26 SSD controller could deliver speeds in excess of 10 GB/s while meeting the power requirements of the M.2 SSD interface. Now, Phison claims that they have "nearly a 2x performance increase" in performance over their current-generation flagship SSD while adhering to these same power limitations. That's a huge generational increase in SSD performance.

Phison's co-operation with AMD and Micron is designed to bring PCIe 5.0 SSDs to market with the launch of AMD's Ryzen 7000 series processors and AM5 platform. AM5 will support PCIe 5.0 connectivity, Phison's new PS5026-E26 SSD controller will be capable to deliver PCIe 5.0 levels of SSD performance, and Micron's DDR5 memory and Replacement Gate 3D NAND will deliver the performance needed to get the most out of Phison's controller. Between these three companies, they have everything they need to bring PCIe 5.0 SSDs to market.

Below is what Phison had to say about their partnership with AMD and Micron in their latest Press Release. Phison/Micron are expected to launch PCIe 5.0 SSDs under Micron's Crucial SSD brand when AMD's Ryzen 7000 series CPUs and AM5 CPU platform launches this fall. 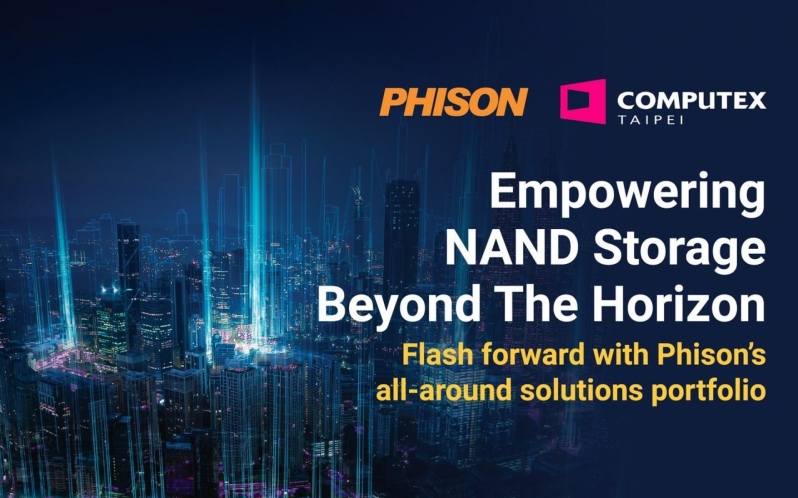 "We are pleased to announce our cooperative effort with Micron and AMD to advance the technological development of PCIe Gen5 storage offerings, as this validates Phison's commitment to upholding customer-centric values," said Leo Huang, Sr. Director, Product Marketing, Phison. "The E26 controller enables gamers to compete at the highest level and helps content creators to maximize the overall system performance to increase productivity." The need for high-speed storage has increased with the popularity of 5G Wireless availability worldwide. Global markets including desktop PC, notebooks, gaming consoles, cloud servers and even mobile devices will benefit from increased data transfer rates and the bandwidth available for multitask purposes. The ecosystem consisting of AMD's AM5 platform, Phison's PS5026-E26 controller, Micron's DDR5 DRAM and Replacement Gate 3D NAND allow for platform acceleration across the entire system to meet the requirements for today's always-connected lifestyle. 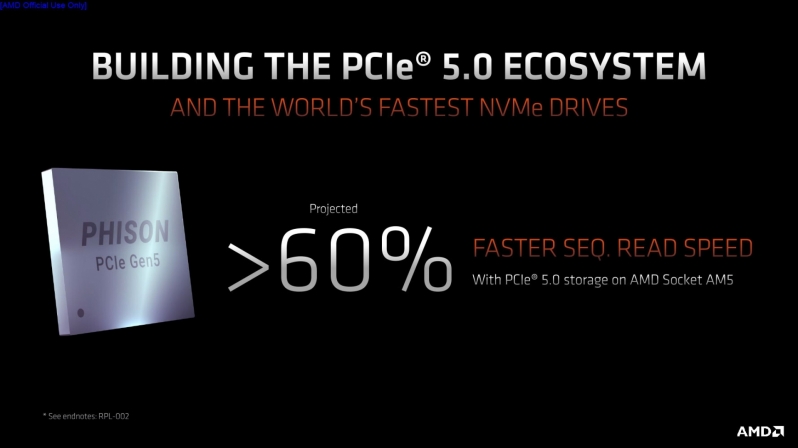 "Micron's collaboration with AMD and Phison is targeted to deliver the industry's most powerful storage offering and high-performance computing experience available to consumers," said Micron's Director of Product Line Management, Jonathan Weech. "Through its Crucial branded products, Micron is focused on bringing high-value NAND solutions to PC enthusiasts. This unique combination of Micron NAND and Phison's Gen5 controller, along with AMD's AM5 platform, will help accelerate the transition to PCIe Gen5 SSDs."

"Our goal is to deliver an incredible uplift in bandwidth to accelerate PC performance and user experiences," said Leah Schoeb, Sr. Manager, Storage and Memory, AMD. "Collaboration with Micron and Phison signifies AMD's commitment to empower and elevate gaming and creator experiences of the future with AMD's new socket technology."

Phison has an all-inclusive schedule for Computex 2022 with an exciting full scale product line of storage solutions. In addition to showing the flagship PS5026-E26 PCIe Gen5 controller, the company will also introduce:

You can join the discussion on Phison's strategic partnership with AMD and Micron on the OC3D Forums.