Sabrent explains the science behind their PS5-optimised SSD heatsink

Why didn't Sony think of doing this?

Sabrent explains the science behind their PS5-optimised SSD heatsink

How does a PlayStation 5 cool and SSD?

Sony cools the M.2 slot of their PlayStation 5 console using negative pressure, effectively using the suction of the system's main cooling fan to provide airflow around the system's SSD slot. This is why Sony recommends that users place their M.2 cover slot over their M.2 slot, as without it this negative pressure disappears and ruins the slot's intended airflow pattern.

During Sabrent's testing, the company discovered that this location was around 10 degrees hotter than ambient temperatures when the system's M.2 slot was empty. This means that this area of the console gets hot without an attached SSD, and this area will only get hotter when an SSD is installed and used.

Sabrent strongly recommends that PlayStation 5 users follow Sony's instructions and install SSDs with a heatsink. This allows users to avoid thermal issues within their PlayStation 5 console and should help extend the lifespan of any attached SSDs.

Is Sabrent's solution better than Sony's?

Many cheap M.2 heatsinks require components that snap/screw together or use heatsinks that are attached to SSDs using elastic bands or cable ties. Sabrent's solution is much easier, as users just need to install a heatsink-less M.2 SSD into their PlayStation consoles and then install Sabrent's heatsink in the same location as the PS5's SSD cover plate. Sony's SSD cover bracket's retention mechanism will allow their heatsink to make contact with your SSD using Sabrent's supplied thermal pad.

Frankly, Sabrent's solution is so clever that we are surprised that Sony didn't think of it. Sabrent covers their design in more detail in the video below.

You can join the discussion on Sabrent's PS5-optimised SSD heatsink on the OC3D Forums. 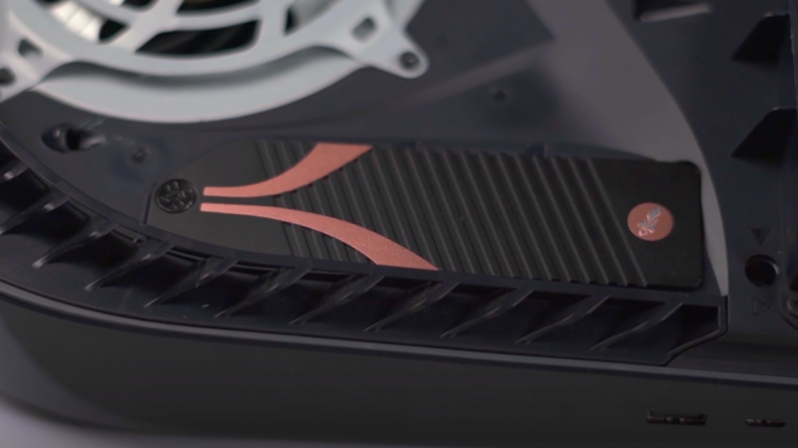