Sabrent has created a PlayStation 5 Heatsink designed to deliver optimised cooling performance for their Rocket 4 PLUS series SSDs within the console, ensuring that they provide users with peak performance levels during long gaming sessions.

Sony's latest PlayStation beta firmware supports storage expansion, allowing users of the console to upgrade their systems with additional high-speed SSD storage. Since the PlayStation 5 only ships with 825GB (667.2 GB usable) of internal storage, the addition of M.2 SSD support should be seen as a massive upgrade, especially when many modern games are over 100GB in size.

Sabrent's PS5 SSD Heatsink is designed to replace the metal cover of Sony's PS5 M.2 SSD drive bay, giving the slot the same protections as Sony's original bracket while giving SSDs underneath access to a larger heatsink that has access to more airflow. These changes should allow M.2 SSDs to run at lower temperatures under sustained loads, preventing thermal throttling during long gaming sessions.

In the video below, Sabrent's representative says that their custom heatsink and Rocket 4 PLUS SSD are "probably the best heatsink and SSD combo for the PS5". While Sabrent's opinions on their own products should always be seen from a self-promoting angle, it is hard not to see the benefits of using SSD heatsinks designed explicitly for Sony's PlayStation 5 console.

Sadly, Sabrent has not provided us with the official release date or final pricing of their custom PlayStation 5 heatsink. Sabrent's PS5-compatible Rocket 4 PLUS SSD is already available to purchase through sites like Amazon.

You can join the discussion on Sabrent's planned PS5 heatsink on the OC3D Forums. 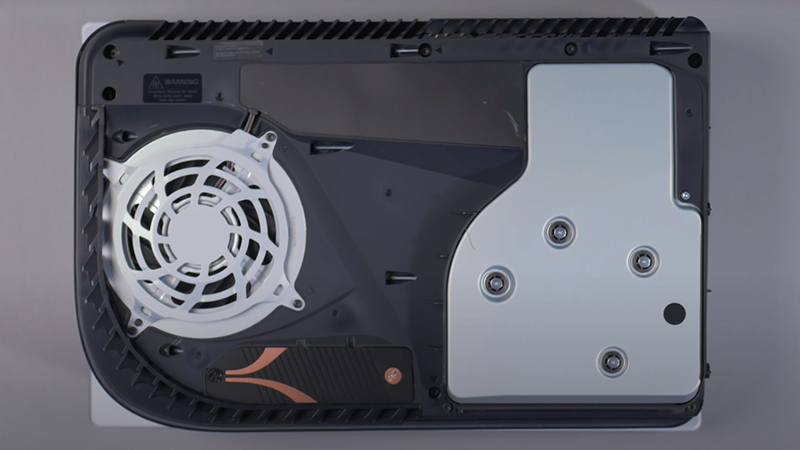