The enclosure supports USB 3.2, allowing it to deliver 10Gbps transfer rates to connected PCs, which is more than fast enough for standard 3.5-inch mechanical storage drives. With modern 20TB HDDs, this enclosure could support up to 200TB of mechanical storage.

Within this enclosure, 3.5-inch HDDs can be installed in a tool-less manner and be replaced/swapped as needed. Users just need to install as many HDDs as desired within the enclosures 10 drive bays and connect the enclosure to their PCs. This is a simple device with a simple function. Users can use this docking station with a single HDD and install more drives as their need for additional storage grows.

Sabrent has noted that their DS-UCTB lacks support for built-in RAID functionality, though software RAID is supported. Two cooling fans within the system keep the drives inside cool, and the device has its own internal power supply. 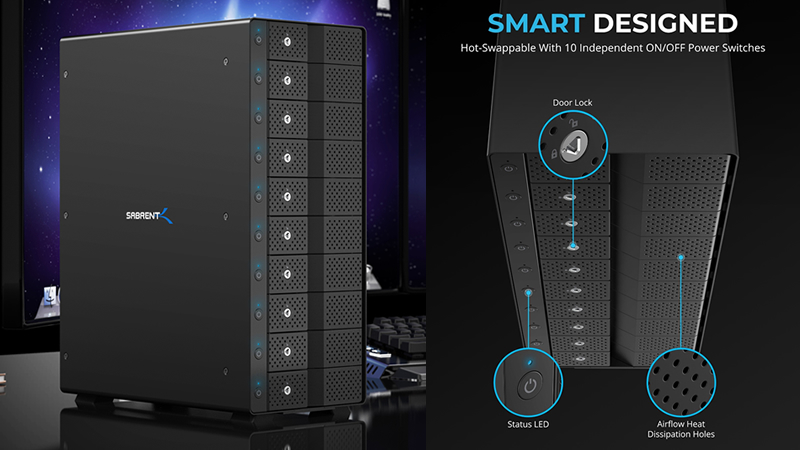 What Sabrent has created is a SATA HDD enclosure that is simple in design and function. While some users will desire network attached storage, hardware RAID support and other features, Sabrent's solution is designed to be used by those who desire simplicity. Just plug this enclosure into your PC over USB and it will work as designed.

Below are Sabrent's advertised features for their 10-Bay DS-UCTB HDD socking station. This Docking Station is currently available in the US for $599.99.

You can join the discussion on Sabrent's 10-bay DS-UCTB HDD Docking Station on the OC3D Forums. 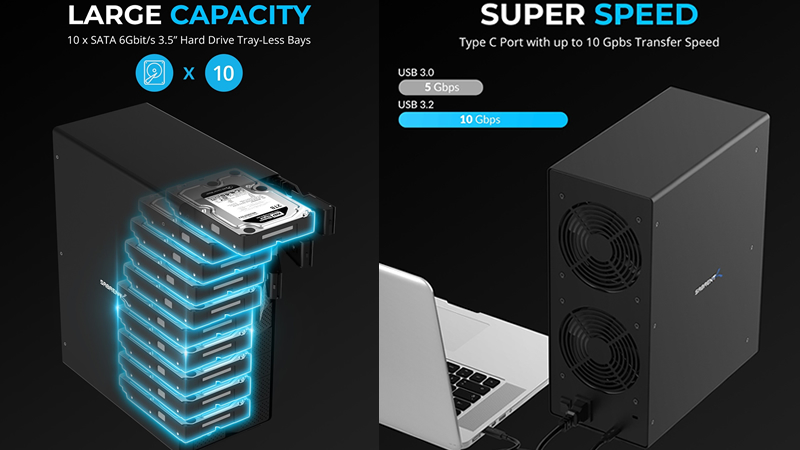 KingNosser
I've been thinking about storage lately after cpu upgrade this month, but this isn't cheap but looking at docks none of them are it seems. So more thinking about something like the fractal design define R7 XL and then get 3tb drives and a raid card of some kind but saying that it'll still work out at a cost so thinking longer term upgrade at some stage