Sabrent's 4TB Rocket 4 PLUS PCIe 4.0 SSD will be "available soon"

Sabrent's fastest SSD is about to become larger

Sabrent's 4TB Rocket 4 PLUS PCIe 4.0 SSD will be "available soon"

Sabrent has confirmed that a 4TB version of their Rocket PLUS PCIe 4.0 SSD will be "available soon", giving PC builders a higher-end model to utilise than their existing 1TB and 2TB models.

Last week, we reviewed Sabrent's 1TB and 2TB Rocket 4 PLUS SSDs, finding them to be amongst the fastest solid state drives we have ever tested. At this time, it is unknown how the performance of Sabrent's 4TB models will compare to today's 1TB and 2TB SSDs, as they have the potential to offer users faster write speeds than their 1TB counterpart. At the bottom of this article, we have listed the known specifications of Sabrent's Rocket 4 PLUS SSD range.

With the introduction of 4TB Rocket 4 PLUS SSDs to the market, Sabrent will be catering to the needs of creators who demand high levels of storage performance and large capacities. While this is a niche market, these users will pay a premium for high-end products, especially those who require these drives for their work. At this time, Samsung only has 1TB models of its 980 PRO SSD on the market, allowing Sabrent to benefit exclusively from this section of the SSD market.

This introduction of faster PCIe 4.0 storage devices will come as great news for AMD, the only company that currently offers PCIe 4.0 compatible x86 processors. Intel has no PCIe 4.0 compliant desktop CPUs on the market at this time, though that is due to change in the coming months with the launch of Intel's 11th Generation of desktop processors, codenamed Rocket Lake.

In the UK, Sabrent's 1TB and 2TB Rocket 4 PLUS SSDs are not available to purchase on Amazon. 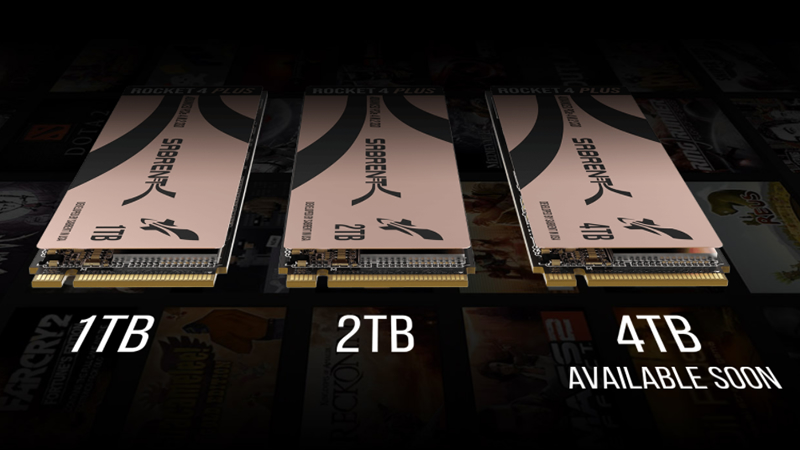 You can join the discussion on Sabrent's 4TB Rocket 4 Plus PCIe 4.0 SSD on the OC3D Forums. 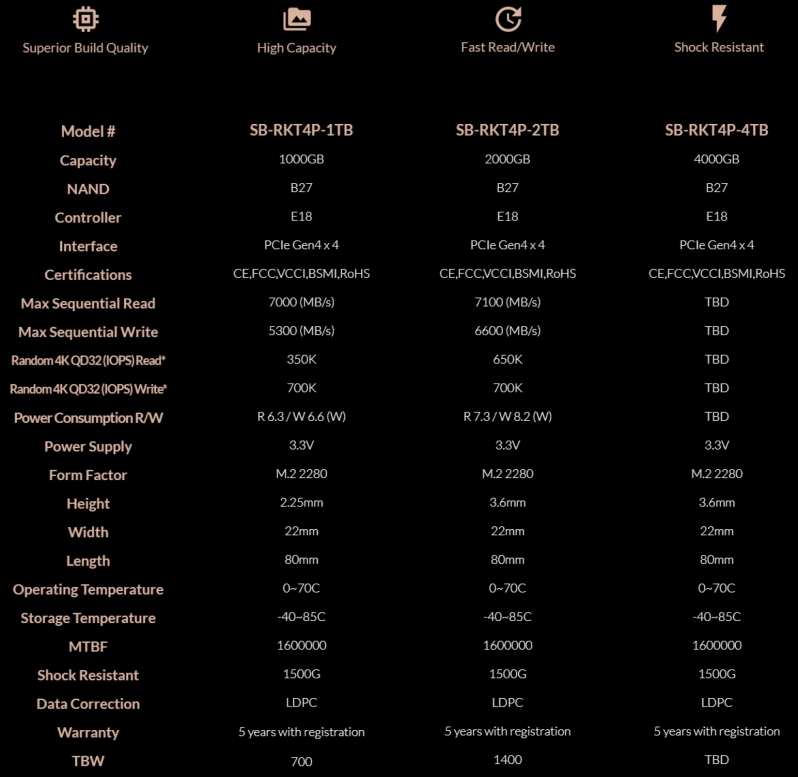