Sabrent's working on a RocketQ Battleship SSD with 64TB of storage at PCIe 4.0 speeds

This SSD is a MONSTER

Sabrent's working on a RocketQ Battleship SSD with 64TB of storage at PCIe 4.0 speeds

In the image below, Sabrent had showcased their "Sabrent RocketQ Battleship" SSD with eight PCIe 3.0 RocketQ SSDs. The controller used for this NVMe SSD RAID array is versatile enough to support faster PCIe 4.0 SSDs, but even with PCIe 3.0 drives, this SSD setup has a crazy amount of storage potential.

Right now, it is unclear whether or not this monstrous storage array will ever be launched as a standalone product, as it is just the combination of Highpoint's SSD7540 PCIe 4.0 SSD controller and eight Sabrent M.2 NVMe SSDs. That said, Sabrent was one of the first SSD manufacturers to make a consumer-grade 8TB M.2 SSD, highlighting the company's ability to create products for niche markets.

While we would love to see Sabrent release their RocketQ Battleship as a retail product, it is hard to see such a colossal SSD storage solution cost less than £10,000. An 8TB Sabrent RocketQ SSD costs over £1000 at the time of writing, and combining several of these SSDs with a high-end RAID controller would add a lot of steps to Sabrent's QA process.

Even if this monster SSD combination is on the ugly side, we love the sheer audacity of its design. What other company would even think of creating such a glorious monster? Keep those crazy ideas flowing, Sabrent; we love to see them. 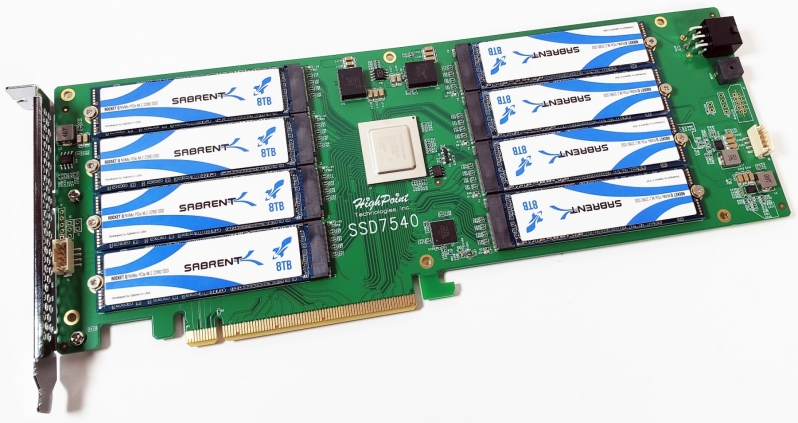 You can join the discussion on Sabrent's planned RocketQ Battleship SSD on the OC3D Forums. 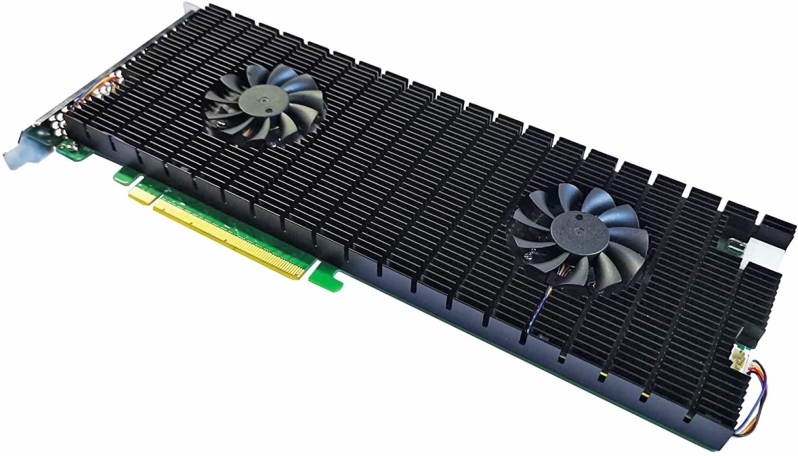 NeverBackDown
My lord what a monster. I can't even think of what I would use this for but I want it anyway