Need a larger SSD that doesn't compromise on its performance? It looks like Sabrent has something your you. The Rocket 4 Plus series is about to get upgraded with a new 8TB model, delivering the series' 7,000MB/s sequential read speeds while delivering single-drive capacities that are 8x higher than the series' baseline 1TB model.

Having 8TB of storage on a single M.2 SSD is already incredible, but pairing that capacity with top-level performance creates a drive that we've previously only dreamed of. With Phison's E18 SSD controller, Sabrent can offer some of the fastest SSD speeds on the market, and with their new 8TB Rocket 4 Plus model, they will pair that speed with industry-leading drive capacities. 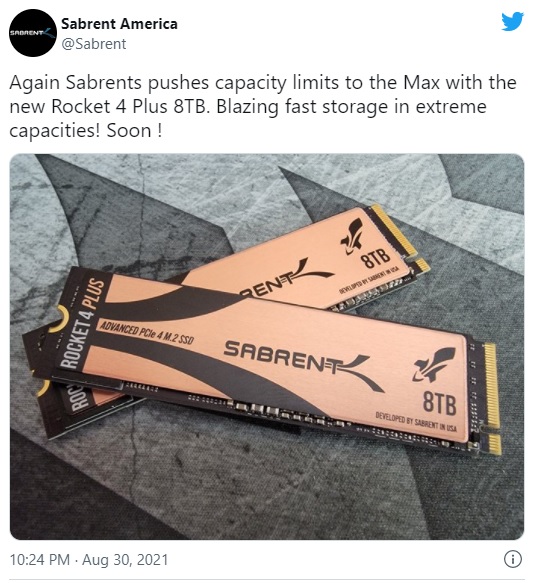 Sabrent's planned 8TB Rocket 4 Plus SSD will sit close to the limits of the PCIe 4.0 interface and the limits of the storage potential of today's NAND and the M.2 2280 SSD form factor. This SSD is pretty much as high-end as you can get, and so far, nobody has launched a drive with this performance level and capacity to retailers. Sabrent may be the first SSD manufacturer to bring an SSD of this size and speed to the market.

Sabrent's 1TB, 2TB and 4TB Rocket 4 Plus SSDs are already available to order through Amazon.

You can join the discussion on Sabrent's upcoming Rocket 4 Plus 8TB SSD on the OC3D Forums. 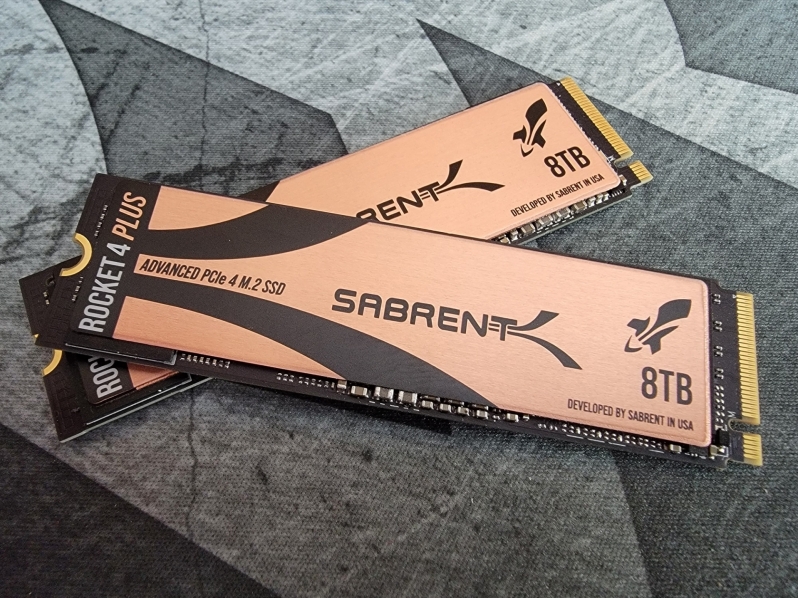