Can Z-NAND take on Optane?

In recent years the weaknesses of standard NAND memory are evident, be it its performance at low queue depths or the high latencies that most drives suffer from. While these issues will not harm the performance of everyday workloads, the data-driven server market of the low-latency needs of some modern workloads alternatives to traditional NAND are required to accelerate computing further.

The answer to this for some is the use of a large bank of RAM to create a RAMDISK, a volatile piece of storage that can be read and rewritten quickly, though problems do arise when a system is powered down, as data cannot be retained in this storage medium after a system shutdown. The industry needed a solution to this problem that is non-volatile, creating the need for Intel Optane and Samsung Z-NAND.

One of Samsung's key selling points of Z-NAND is its high durability rating, with their 800GB model coming with a five-year warranty that guarantees up to 30 full drive writes per day, which is a total of 42 petabytes of writes. 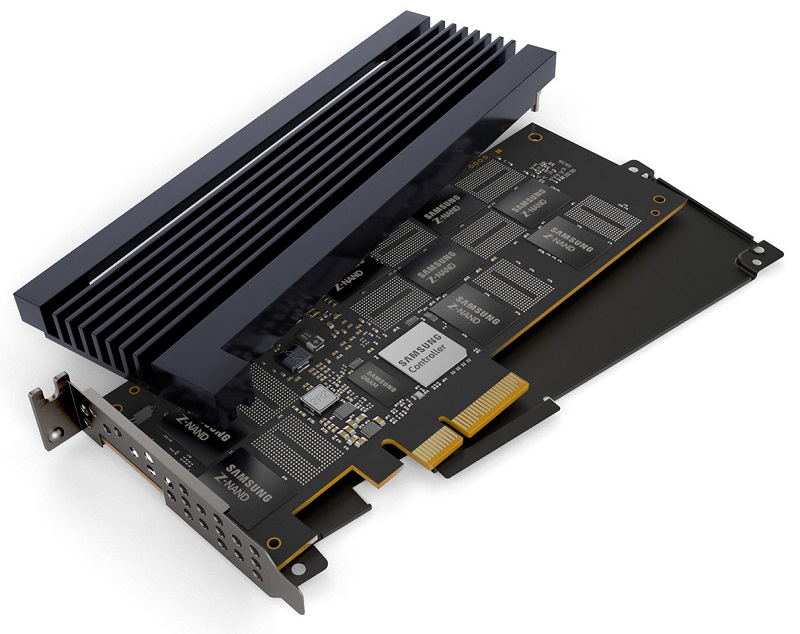 At this time, Samsung has not revealed the exact pricing of their new SM985 series of PCIe SSDs, though the company does plans to offer increased capacity options in the future.

Samsung plans to bring this new SSD to market at the International Solid-State Circuits Conference (ISSCC) in San Francisco, which will take place between February 11th and 15th.

You can join the discussion on Samsung's upcoming SZ985 Z-SSD on the OC3D Forums.

RobM
Bet these are out of reach for most peopleQuote
Reply