A 970 EVO competitor with lower power consumption and affordable pricing?

Samsung has entered the mainstream SSD market, launching its first DRAMless NVMe SSD with their new 980 M.2 NVMe drives. These SSDs are entry-level models which deliver peak speeds that compete with the popular 970 EVO drives, despite the fact that they ship with lower pricing.

With their 1TB 980 model costing £120 in the UK, it is clear that Samsung is targeting the lower-end of the NVMe SSD market, focusing on the PCIe 3.0 specification with peak read and write speeds as high as 3,500 MB/s and 3,000 MB/s, respectively.

Samsung is marketing this new SSD as a replacement for their popular 970 EVO, promising users a 56% increase in power efficiency and similar performance specifications. That said, the 980's lack of a DRAM cache will place it behind the 970 EVO in several workloads, though these characteristics will not be a concern for most users.

In their press release on these drives, Samsung has claimed that their Host Memory Buffer (HMB) technology counters the SSD's lack of a DRAM buffer, overcoming the drawbacks of most DRAMless SSDs to deliver strong performance levels and affordable pricing. Samsung's SSD Magician software also contains a new "Full Power Mode", which is designed to enable this drive to "continuously run at peak performance for uninterrupted work and play." 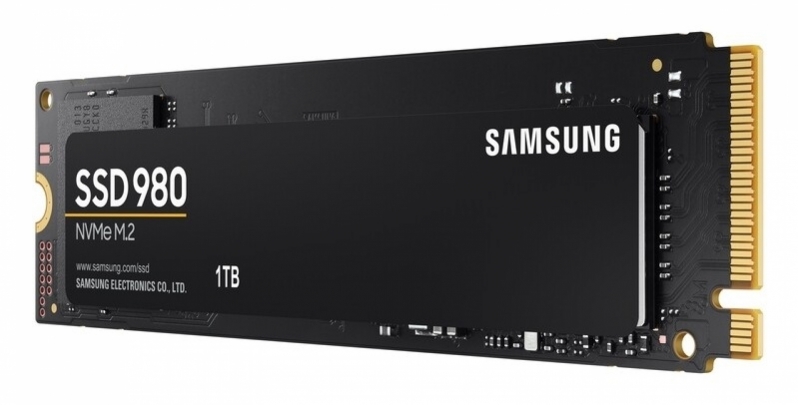 At this time, it is unknown whether or not Samsung has plans to launch a 980 EVO series SSD to sit between their 980 PRO and 980 series SSDs, as there is a large performance gap between these two drives.

Samsung currently lacks a mainstream PCIe 4.0 SSD. Such a drive could prove to be a useful part of their SSD lineup should games and other applications started to explicitly utilise the read/write performance of high-end SSD storage devices.

You can join the discussion on Samsung's 980 series of entry-level NVMe SSDs on the OC3D Forums. 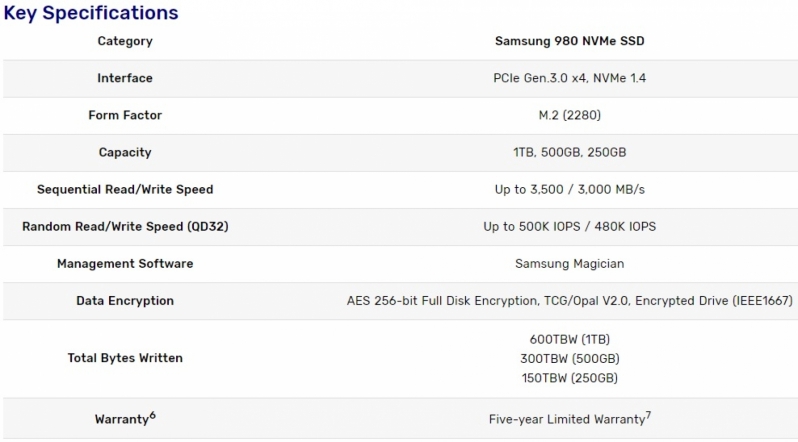