Samsung's 980 Pro SSD has seen drastic price changes over the past few weeks, moving the ultra-fast 1TB PCIe 4.0 SSD from £200+ pricing to pricing that's barely higher than £150. That represents a price cut of around 25%, making high-end PCIe 4.0 storage more affordable than ever.

High-end PCIe 4.0 storage has seen itself tumble in recent months, coming thanks to increased competition within the SSD market, larger numbers of drives arriving at retailers and the increasing availability of PCIe 4.0 compatible devices. PCIe 4.0 is now entering the mainstream, and better pricing will make high-end PCIe 4.0 speeds even more accessible to the PC building masses.

You can join the discussion on Samsung's 980 PRO PCIe 4.0 SSD on the OC3D Forums. 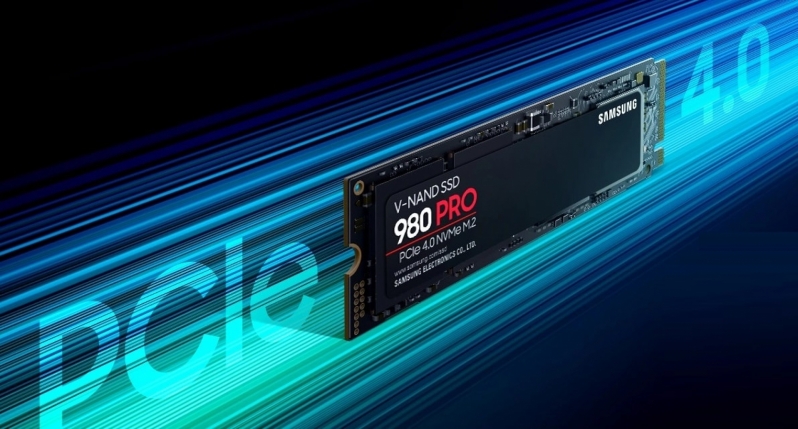 Ubersonic
This is basically a 970 Evo with Gen4.

Samsung doing the dirty by calling it a "Pro" to trick customers into thinking it's a replacement for the 970 Pro when it only has half the endurance due to the switch from MLC to TLC.Quote

What's good in the world of NAND memory changes over time. There was a time where everyone complained that TLC was terrible and now the technology has improved enough for it to now be the standard. Samsung also never claimed that this drive was not using 3-bit NAND.

Samsung is who decides what replaces their 970 Pro, not consumers. While the Pro series was traditionally based on 2-bit MLC NAND, is there an area where the 970 Pro outperforms the 980 Pro? Anything outside of endurance?

Regarding endurance, I will say this. How many people here have ever written enough to their SSD to out-write the NAND before the drive's warranty expired?Quote
Reply