The perfect SSD for both PC and PlayStation 5

Samsung's 980 PRO SSD is already a popular option for both PC and PlayStation 5 users, offering users fast PCIe 4.0 storage and capacities of up to 2 TB. Since then, Samsung has launched new heatsinked versions of these SSDs, new models that are designed to keep these drives cool under sustained loads and contain new firmware enhancements that promise optimised performance characteristics.

Samsung's 980 PRO with Heatsink SSDs ship with a pre-installed heatsink that features "Samsung Advanced Heat Dissipation Technology". This SSD is designed with PlayStation 5 in mind, ensuring that their drive can maintain optimal temperatures and high levels of sustained performance when used within Sony's PlayStation 5 console. 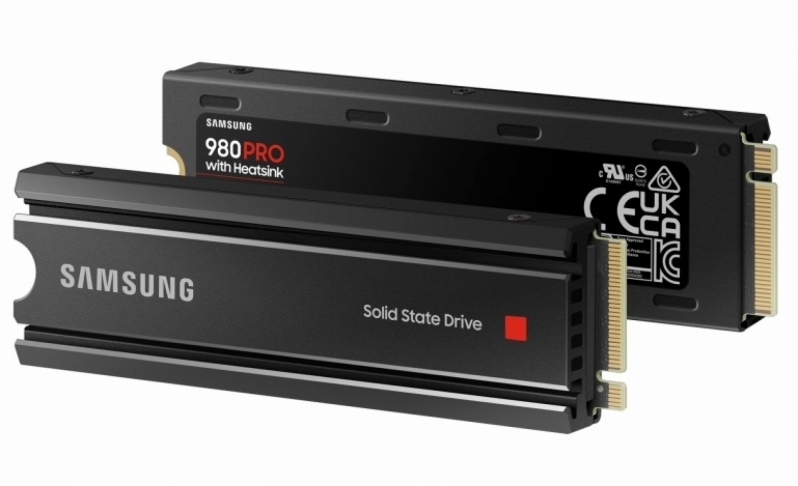 The 980 PRO with Heatink is designed to allow PlayStation 5 owners to play games using the drive for hours without fears of performance degradation, thermal throttling, or other issues.

At launch, these new SSDs were not readily available, but now, our friends of Scan have confirmed to us that SSDs are now available in large enough quantities to keep these sought after SSDs in stock.

Scan are currently selling the 1 TB version of this heatsinked SSD for £193.79, with the drive’s larger 2 TB model costing £388.99. This is great value when compared to other PS5 compatible SSDs with pre-installed heatsinks.

With sequential read speeds of up to 7,000 MB/s, Samsung's SSD is more than fast enough to exceed Sony's 5,500 MB/s PlayStation 5 storage speed requirements. Beyond that, this drive's pre-installed heatsink allows it to be installed with minimal effort, allowing PS5 users to install an SSD without researching compatible heatsinks for heatsink-less M.2 SSDs, or installing 3rd party heatsinks on delicate M.2 SSDs.

Now that Samsung's 980 PRO SSD is now widely available with a pre-installed heatsink, it has never been easier to upgrade a PlayStation 5 console with additional SSD storage. With its pre-installed heatsink, users of this drive will be able to rest assured that their SSD will not overheat and maintain its high performance levels over time.

You can join the discussion on Samsung's 980 PRO SSD with Heatsink becoming readily available in the UK on the OC3D Forums.