The important innovation with HAMR is its compatibility with standard systems, with HAMR drives appearing identical to standard PMR (perpendicular magnetic recording) HDDs, offering plug-and-play functionality within today's servers. In the eyes of customers, all they will see is faster HDDs, making HAMR HDD easy to deploy and an easy buy for customers.

While PMR-based 16TB HDDs are set to release in mid-late 2019, Seagate's plans to HAMR will truly begin in 2020, where their first 20TB HDD will be released. In 2024, Seagate plans to release 48TB HDDs, showcasing the vast potential of HAMR HDDs.

After testing their new HAMR 16TB EXOS drives, Seagate further verified their impressive in-lab reliability test results, stating that their HAMR drives "far exceed industry standards for reliability". In all, Seagate says that their lifetime data transfer capabilities surpass consumer standards by a factor of 20, which is no small feat for a new HDD recording technology.

How does HAMR work?

Heat-Assisted Magnetic Recording is not a new concept, using a small laser to heat an HDD so that weaker magnets can be used to write to the drive's surface, allowing data to be imprinted on a smaller area, therefore increasing the capacity of an HDD.

The downside of this technology is that constantly heating the surface of an HDD will reduce the strength of each of the drive's hard disk. Reliability is the main factor which prevented HAMR HDDs from hitting the market, but Seagate seems confident that they have mitigated these issues.

Western Digital has proposed an alternative technology called MAMR (Microwave-Assisted magnetic Recording) which uses the company's innovative "spin torque oscillator" to generate a magnetic field which can allow ultra-high density HDDs to be manufactured without any degradation in reliability. We have not heard anything new from Western Digital regarding MAMR since 2017, which could indicate that Western Digital MAMR technology is not as close to market as Seagate's HAMR drives. 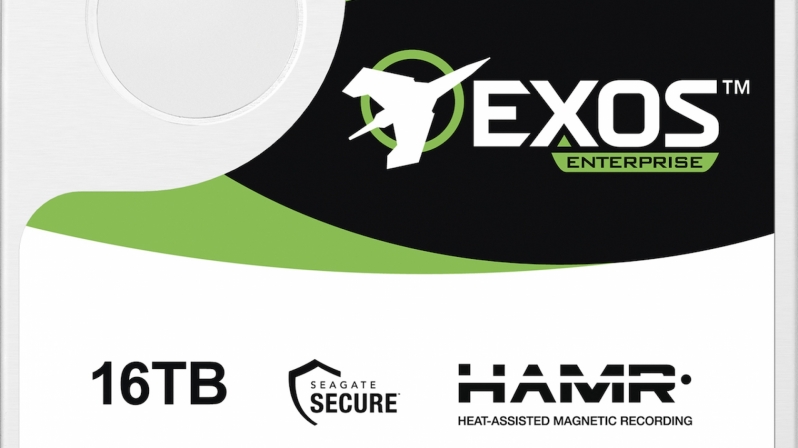 Seagate plans to release 16TB HAMR HDDs to key partners within the next year, delaying the full release of HAMR until 2020, where 20+ TB capacities will be possible, representing a major step up in size when compared to today's largest HDDs.

You can join the discussion on Seagate creating "fully functioning" 16TB HAMR HDDs on the OC3D Forums.

Digikid
And knowing Seagate it will be a failure like ALL of their other products.Quote

NeverBackDown
That's just an anecdotal experience. Doesn't mean they aren't great. I've never had any issues with any drive I have bought.. It's all relativeQuote

WYP
Quote:
Quote:
My current system has a 3TB HDD as a backup drive. Have been using it for the past... (checks email for exact date)... four years (bought December 6th 2014) without any issues, frequently moving files on and off the device.

A lot of this "Seagate is awful" stuff comes from Backblaze, who aren't exactly using consumer drives for consumer workloads.

Only Seagate that I have ever had fail on me was an external HDD, a 500GB model that failed within an hour of use. TBH, it was probably one of the best RMA experiences that I have ever had, they even sent me a 750GB model as a replacement, which is still usable over seven years later.Quote

tgrech
Backblazes own analysis of their testing mostly debunked the Seagate stuff that the internet latched onto from their raw results. Backblaze doesn't do scientific testing in controlled environments, they just provide data from their datacentre use, which often has various generations of server racks & enclosures, uses the cheapest price/GB drives possible and submits them to an environment the drives were rarely intended for. IIRC they generally used consumer Seagate drives more than other manufacturers due to the price disparity.Quote

looz
Wasn't their 3TB model prone to failure in particular? And they had invested into a much of them.

Every major HDD manufacturer has had bad batches. That one just became a particularly well documented one. The failure rates on their other products are in line with the competition afaik.Quote
Reply