A high-speed storage expansion for Xbox

Seagate has just launched their Game Drive for Xbox SSD, an SSD-based external storage solution for Xbox One and Xbox Series X/S, promising users high-performance flash-based storage for their games. This storage solution requires no external power, is officially certified for Xbox consoles and acts as a plug-and-play option for Xbox users.

Seagate's Game Drive for Xbox SSD will be available with 1TB and 2TB storage options and offer higher performance levels than the HDDs used in Xbox One and Xbox One X consoles. This enables faster loading times on both consoles. For backwards compatible titles on Xbox Series X/S, this drive offers faster storage performance than competing HDD-based external storage solutions, offer high-performance levels on backwards compatible games when played from the drive and high transfer speeds between the drive and Xbox Series X/S internal storage. Unfortunately, Xbox Series X/S titles cannot be played from this drive. 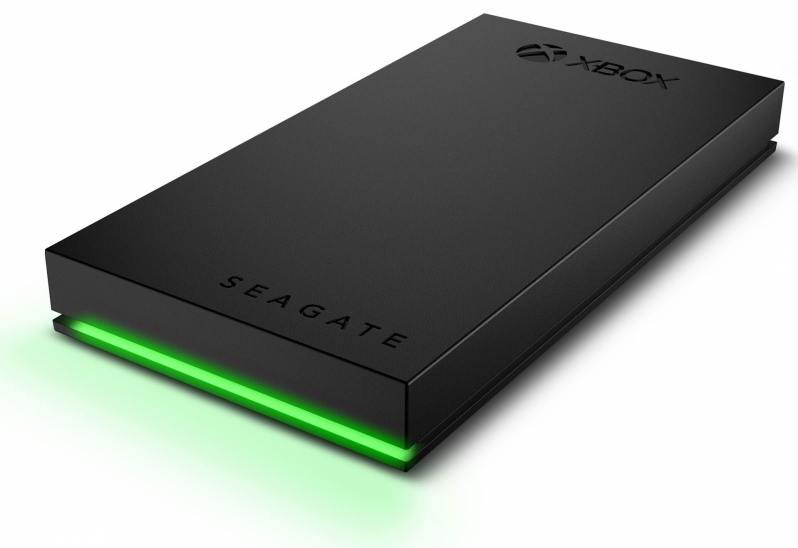 Seagate Technology Holdings plc a world leader in data storage solutions, today announced the new Game Drive for Xbox SSD taking the company's popular line of storage for gamers to the next level. Featuring 1 TB of flash-speed performance, this external SSD empowers gamers to store titles from Xbox Series X, Xbox Series S, or any generation of Xbox One.

With a bold, refined design, and a built-in Xbox green LED bar that illuminates the gaming center, Game Drive for Xbox SSD complements the modern generation of gaming consoles. Lightweight and slim with USB 3.2 Gen 1 universal compatibility, this drive makes it easy for gamers to take the whole library on-the-go and play anywhere with no external power supply needed. With plug-and-play setup, the Game Drive for Xbox SSD is easily installed in under two minutes through Xbox OS.

Gamers can defend against unexpected data loss with three-years of Rescue Data Recovery Services and enjoy peace of mind with Seagate's industry leading three-year limited warranty. In stores this month in time for the holiday season, Game Drive for Xbox SSD is available in 1 TB capacity ($169.99).

You can join the discussion on Seagate's Game Drive SSD for Xbox on the OC3D Forums.