During their Q1 2017 earnings call, Seagate has announced their plans to offer 14TB and 16TB HDDs to customers within the next 18 months, with hopes to release a 20TB hard drive by 2020.
Right now Seagate's largest HDD is 10TB, with the biggest competitor, Western Digital, recently releasing their own 12TB model.  Seagate's CEO, Stephen Luczo has stated that they are testing their own 12TB HDDs, with plans to release a product soon. These new HDDw will use shingled magnetic recording technology as well as use helium inside their drives to improve accuracy and decrease wear.
Shingled Magnetic Recording technology can be used to increase storage capacity by up to 25% by slightly overlapping newly written magnetic tracks. SMR technology will increase drive capacity but reduce the drives write speeds, making the drive less suitable to use cases which require lots of data writes. Recently Seagate has been able to get around these shortcomings by using a 128MB DRAM Cache buffer and their new Multi-tier Caching system, which gives their new drives higher instantaneous write speeds than traditional SMR HDDs. 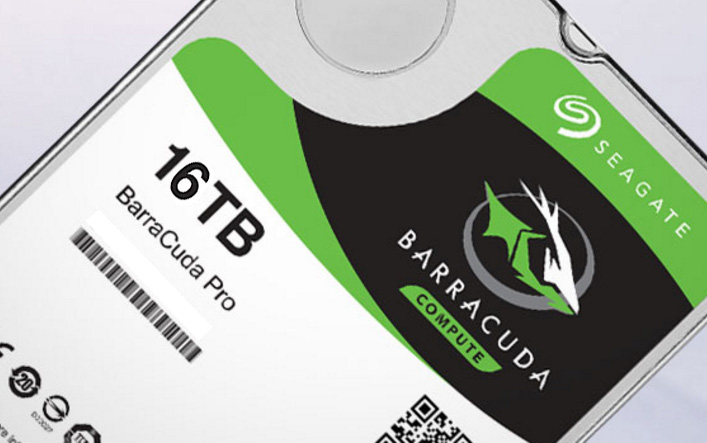 In recent years HDDs have been losing market share to SSDs, especially in laptops and other consumer systems. Large HDDS still remain vital for the server market and large consumer and enterprise NAS solutions, which is making the demand for high capacity HDDs larger than ever, allowing Seagate to generate $2.9 billion in revenue over the last fiscal quarter.

You can join the discussion on Seagate's upcoming 14TB and 16TB HDDs on the OC3D Forums.

NeverBackDown
Holy moly. No need for a NAS server anymore!Quote

WYP
Quote:
Problem is that you still need a backup, etc, so maybe one on your system and another in a external NAS backup.Quote

Yeah you need a backup still. And lots of money. Lots and lots of it...