Seagate has just pushed HDD storage to the next level, delivering performance levels within spitting distance of SATA-based SSDs. While that not sound amazing in the era of NVMe storage, these performance gains are nothing short of revolutionary for the HDD market.

Presenting Seagate's Exos 2X14, the company's first MACH.2 Hard Disk Drive. Today hard drives contain a single actuator, a component that moves the drive's read/write head over the drive's media surface (the physical hard disks inside the HDD). With a single actuator, all of the read/write heads on a drive act in unison. Seagate's MACH.2 technology is a Multi-Actuator implementation that will allow half of the read/write's heads to act independently, allowing the HDD to read and write from two areas of the drive at once, delivering up to a 2x performance boost.

Seagate's MACH.2 technology moves HDD storage from read speeds within the 250-300 MB/s range to the 500MB/s performance category. Those are some huge gains for the HDD market, especially given the pricing of today's SSDs.

With their MACH.2 technology, Seagate's Exos 2x14 is effectively two 7TB HDDs in a RAID array. Seagate even advertises these drives as HDDs with two 7TB logical units. In the future, Seagate has plans to push its MACH.2 technology into more HDDs while also pushing for enhanced MACH.3 (3 actuators) and MACH.4 (4 actuators) designs.

Right now, Seagate's MACH.2 technology is aimed squarely at datacenters, not at consumers. This means that DIY NAS enthusiasts will not be able to purchase high-speed MACH.2 HDDs anytime soon. These HDDs will be more useful for those who store video in the cloud, as Seagate's MACH.2 is all about delivering huge storage densities while also offering a lot of storage performance. 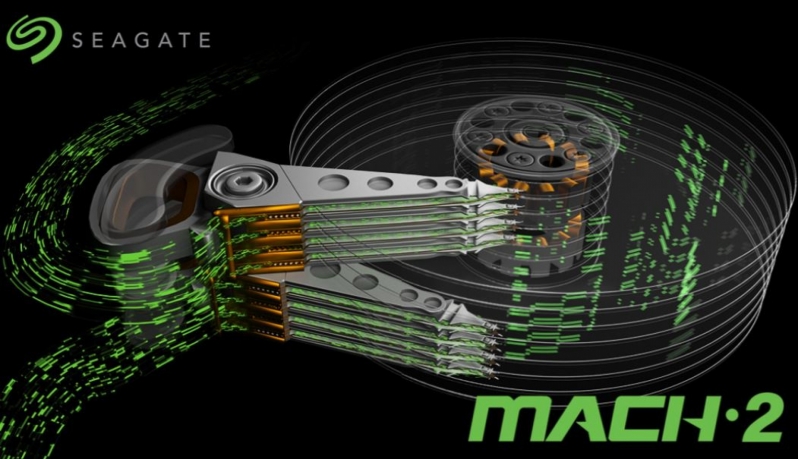 MACH.2 and HAMR is a match made in heaven

HAMR (Heat Assisted Magnetic Recording) storage has a problem, and that problem is performance. Yes, having larger capacity hard drives is a good thing, but without a read/write performance boost, those capacity gains become increasingly difficult to utilise. IOPS/TB is an important metric for servers, and Seagate's MACH.2 technology is designed to ensure that HDDs remain relevant as their single-drive capacities continue to increase.

Seagate's MACH.2 technology is designed to offer increased parallelism within a single HDD, allowing a single drive to handle several operations at once and deliver enhanced performance. In theory, this technology could enable HDDs to operate up to two times faster than single-actuator competitors.

When combined with technologies like HAMR (Heat Assisted Magnetic Recording), Seagate will be able to deliver both performance and capacity improvements with next-generation HDDs, offering precisely what today's data-driven market demands. Yes, SSDs will be preferable in terms of performance, but all the HDD market needs is better pricing and enough performance to get the job done.

You can join the discussion on Seagate's EXOS 2x14 MACH.2 HDD on the OC3D Forums. 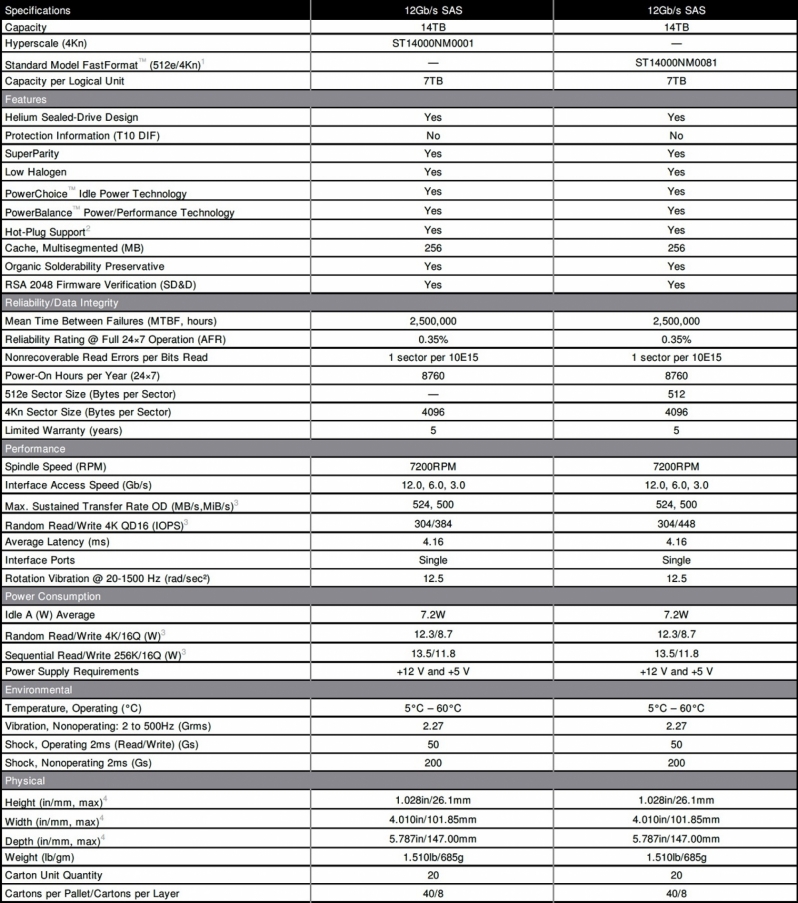 NeverBackDown
It's actually quite impressive they can achieve all this and still only use a 7200rpm spindle speed. With multiple actuators, increasing this speed would effectively multiply the increase by the number of actuators. For example a 2500rpm increase to an overall 10000rpm, would actually be a 5000rpm effective increase since now 2 actuators can utilize this performance.

At least in theory that's how I imagine it working. Might be what they need for larger drives. Regardless its impressive what they've done.Quote

KingNosser
It's a shame there isn't something at least similar to this but as a smaller drive, as much as i like my nvme drives they are both near full, but then so are my 3x3tb mech's thou my 4tb external does still have some space