Silicon Motion is not rushing to release PCIe 5.0 SSDs

Today's SSDs are quickly approaching the limits of the PCIe 4.0 standard, with many of today's SSDs reaching peak read speeds of over 7.000 MB/s. The hard bandwidth limit of PCIe 4.0 on PCIe x4 NVMe SSDs is 8 GB/s, giving SSD manufacturers little room for further improvements to peak SSD performance.

With PCIe 5.0 drives on the horizon, Silicon Motion confirmed that they are working on a PCIe 5.0 compatible SSD controller for enterprise devices during its latest earnings call. This SSD controller is due to be sampled in the second half of 2022 to customers, with a planned 2023 launch.

On a PCIe 4x M.2 interface, PCIe 5.0 could enable theoretical speeds of up to 16 GB/s, doubling the bandwidth potential of PCIe 4.0. PCIe 5.0 will allow SSDs to literally double in speeds, assuming that compatible SSD controllers and the latest 3D NAND are up for the task.

Silicon Motion is targeting the server market with PCIe 5.0, hoping to gain market share within this high-margin market as CPU manufacturers launch their first PCIe 5.0 compatible processors. Intel's Sapphire Rapids CPUs are due to launch with PCIe 5.0 support, as is Intel's Alder Lake CPU platform. AMD will likely deliver PCIe 5.0 support with their AM5 CPU platform and next-generation Genoa series EPYC processors. 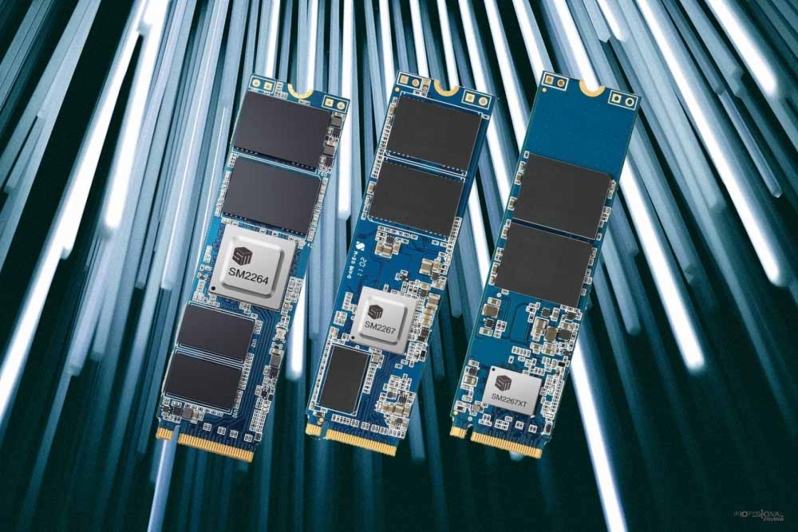 You can join the discussion on Silicon Motion's plans for PCIe 5.0 on the OC3D Forums.