With the SM2264, Silicon Motion is catering to the performance segment with sequential read speeds of up to 7,400 MB/s. The SM2264 promises speeds which should push Silicon motion to the top of the SSD market; past competing 7,000 MBps SSDs from Samsung, Western Digital and Sabrent.

To cater to the lower end of the SSD market, silicon Motion's SM2267 and SM 2267XT controllers are designed to deliver sequential read speeds of up to 3,900 MB/s, exceeding the limits of the PCIe 3.0 x4 interface while also enabling lower SSD pricing. Both the SM2267 and SM2267XT are similar in terms of baseline specifications, though the SM2267 features the addition of a DRAM cache to enable increased SSD responsiveness. The SM2267XT will enable the creation of cheaper PCIe 4.0 SSDs. 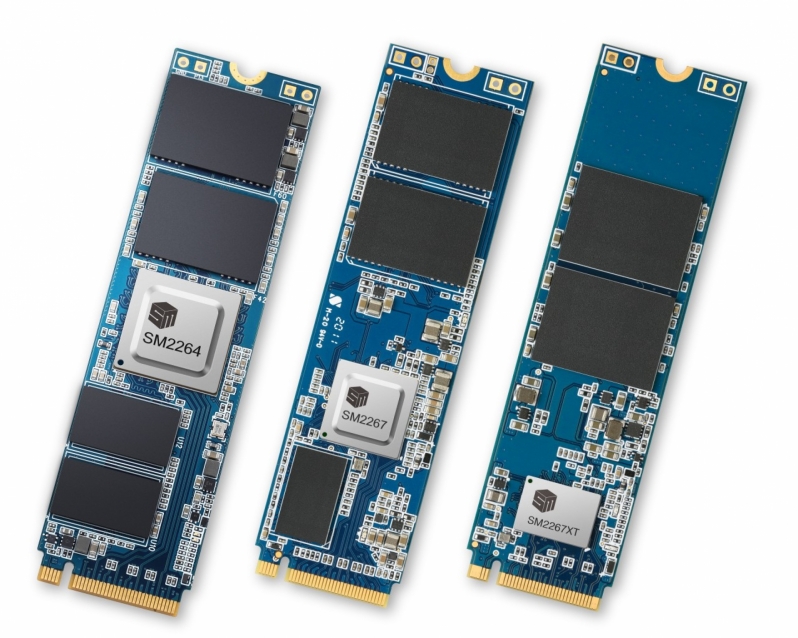 You can join the discussion on Silicon Motion's latest PCIe 4.0 SSD controllers on the OC3D Forums.