For context, 20Gbps translates to transfer speeds of 2.5GB per second. This makes SilverStone's MS12 SSD enclosure one of the fastest storage devices on the market outside of Thunderbolt-based devices. This SSD enclosure uses the ASMedia ASM2364 controller, offering PC users staggeringly high levels of storage performance and cool/quiet operation thanks to Solverstone's use of thermal pads and cooling optimised aluminium enclosure.

Silverstone has designed their MS12 enclosure with all mainstream M.2 NVMe SSD form factors, supporting M.2 22x42, 22x60 and 22x80 SSD sizes. This enclosure does not support SATA M.2 or PCIe AHCI M.2 SSDs, only M.2 NVMe SSDs are supported, which makes sense given the high performance targets of this enclosure.

Below are the full specifications of Silverstone's MS12 SSD enclosure. 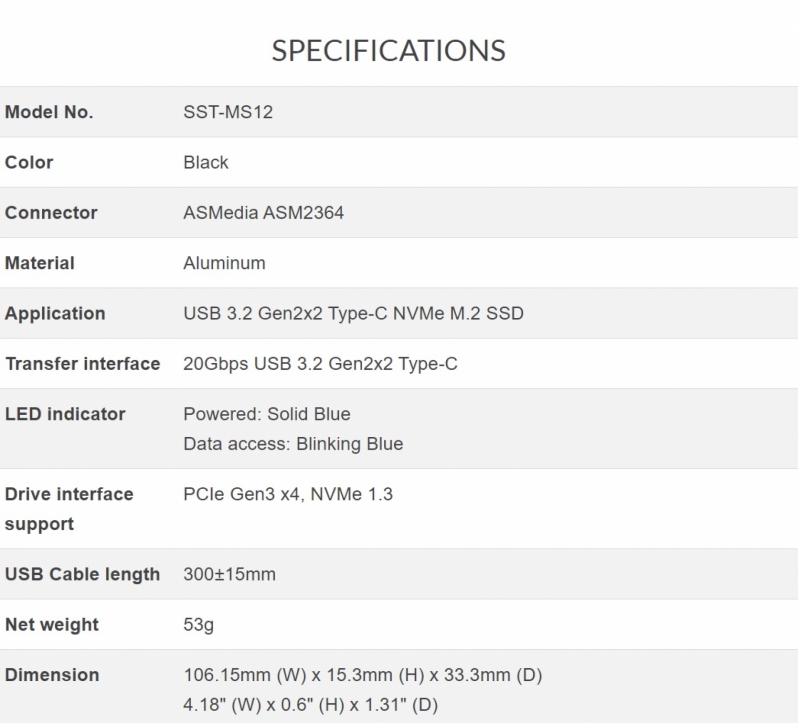 You can join the discussion on SilverStone's MS12 External M.2 NVMe SSD enclosure on the OC3D Forums. 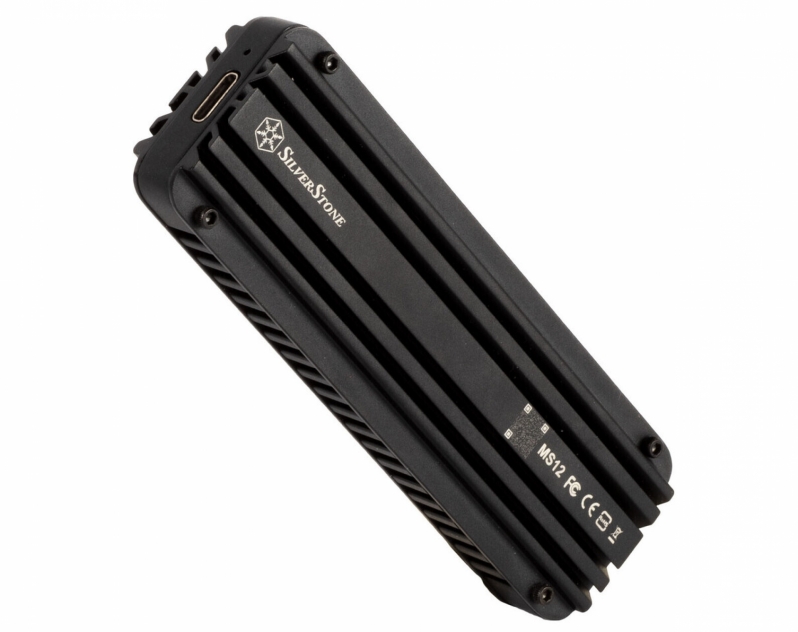