Some PCIe 4.0 SSDs are faster in a PS5 than they are in a PC

A 600 MB/s performance boost in PlayStation 5?

Gigabyte's German Twitter account made a strange claim this morning, one that was incredibly counter-intuitive and has changed the way we think about PlayStation 5 SSD compatibility. Gigabyte claimed that their AORUS NVMe Gen4 SSD was PlayStation 5 ready and that their SSD was faster on PlayStation 5 than on PC.

Gigabyte markets its AORUS NVMe Gen4 series of SSDs as PCIe 4.0 compatible SSDs that can deliver sequential read speeds of up to 5,000 MB/s, a value that sits below Sony's recommended 5,500 MB/s performance criteria for PlayStation 5 SSDs. However, Gigabyte has tested their drive and found that their SSD can deliver 5,600 MB/s read speeds on PlayStation 5, surpassing the SSD's limits on PC.

Using the PlayStation 5's integrated SSD read speed test, which is conducted when a new PCIe 4.0 SSD is installed within the system, Gigabyte can achieve performance levels with their AORUS NVMe Gen4 SSD that are faster than the drive's official PC specifications. As such, Gigabyte can legitimately claim that this SSD meets Sony's SSD requirements for PlayStation 5 storage expansion.

Is this SSD really faster on PlayStation 5?

The simple answer to this question is that we do not know. These higher sequential read speeds could be due to quirks within Sony's PlayStation 5 SSD test or aspects of the AORUS NVMe Gen4 SSD's Phison PS5016-E16 SSD controller that play nicely with Sony's PlayStation 5 storage stack.

Gigabyte has updated the webpage for their AORUS NVMe Gen4 SSD to highlight that it is capable of 5,600 MB/s reads speeds on PlayStation 5. The drive is a PCIe 4.0 SSD, it has an integrated heatsink that meets Sony's size requirements, and it delivers 5,600 MB/s read speeds on the console. 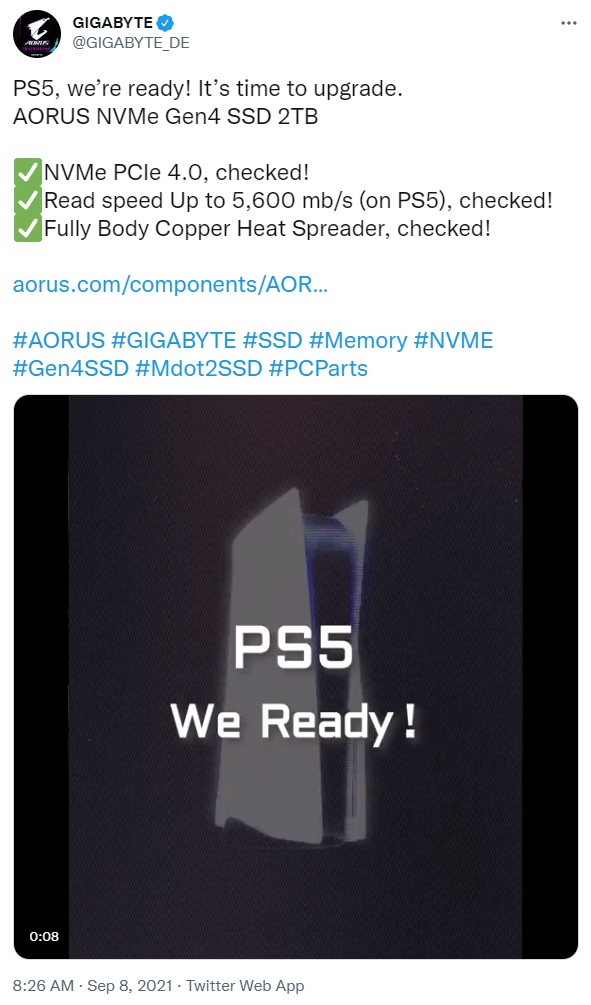 How does this apply to other PCIe 4.0 SSDs?

The YouTuber GT Canada has conducted similar testing on Corsair's PCIe 4.0 compatible MP600 1TB Core SSD can deliver 5,600+ MB/s read speeds on the PlayStation 5's SSD performance test. While we would not recommend this QLC-based SSD for long-term use with Sony's PlayStation console, testing like this highlights that PlayStation 5 consoles could be expanded using cheaper SSDs than previously expected.

While Sony's integrated SSD performance tests say that PCIe 4.0 SSDs using Phison's PS5016-E16 SSD controller is fast enough for the system, it is unknown how well these SSDs will perform when paired with future PlayStation 5 titles, many of which will make greater use of the SSD storage within Sony's latest console. Will users of slower M.2 SSD have trouble running later generation PlayStation 5 games?

You can join the discussion on some PCIe 4.0 SSD offering faster speeds on PS5 than PC on the OC3D Forums. 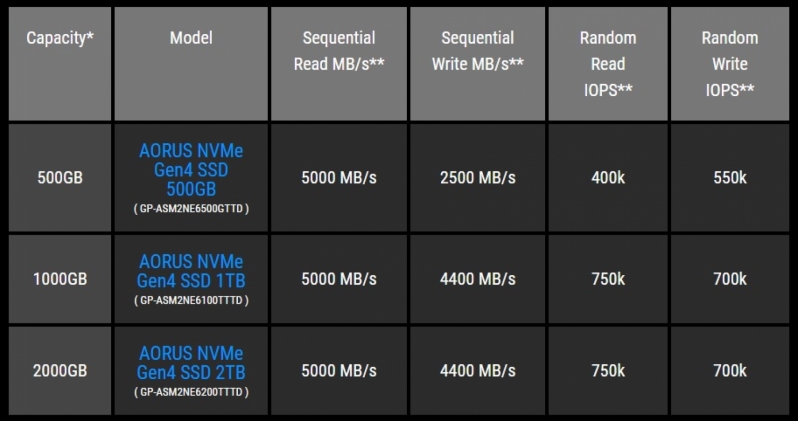 NeverBackDown
They probably had one single result hit 5600MB/s and then just called it good.

Wonder what Sony will say about it. That is if they would hurry the heck up and confirm actual supported SSDs for once.Quote

Dicehunter
I think this is down to the PS5 having direct access to said hardware and not having to go through a very bloated OS like Windows.Quote

WYP
Quote:
I did double-check to see if anyone had replicated similar results on a PS5 with SSDs using the same Phison controller. Strangely, other Phison PS5016-E16 SSDs get similar results, so it isn't a fluke in the PS5 tests.

Strangely enough, lower-spec PCIe 4.0 SSDs like the ADATA XPG Gammix S50 Lite didn't go above its 3,900 MB/s speed in the PS5's integrated test. So the test isn't overestimating the performance of all lower-end PCIe 4.0 SSDs.

Perhaps it is due to the fact that this Phison controller was the only readily available one when the PS5 was being manufactured. Faster drives have only been on the market for the past year or so.Quote

NeverBackDown
Hm very strange. Could just be it's a similar controller to the ps5 since it's more than likely a semi custom version (with it's 12 control levels vs 2) and the ps5 is just able to take advantage of the similar firmware.


Would just be interesting to see if we ever get a real explanation from Sony I think it would be neat to learn about the tech side of it.Quote