Team Group has claimed that next-generation PCIe 5.0 M.2 SSDs will deliver sequential read/write speeds of over 12,000 MB/s, easily surpassing today's PCIe 4.0 SSDs. Team Group has stated that these new SSDs will consume more power and that they will run at higher operating temperatures without adequate cooling. 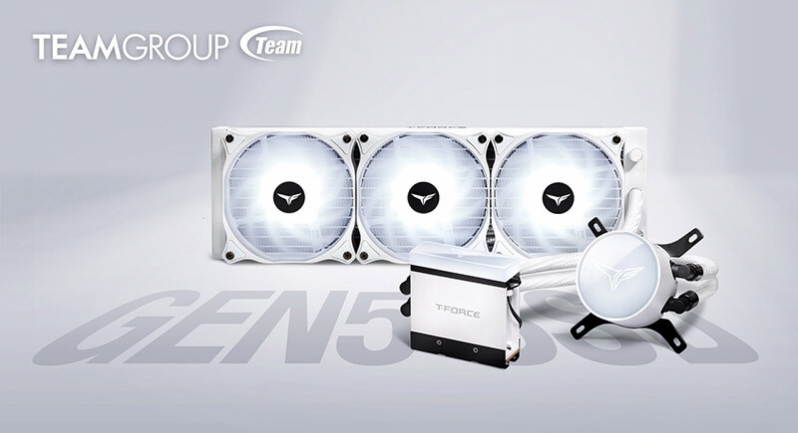 With their new T-Force ARGB liquid cooling system, Team Group has a solution that will be able to cool both next-generation processors and next-generation SSDs. This will prevent PCIe 5.0 SSDs from thermal throttling and deliver strong levels of sustained SSD performance.

The large leaps in transfer speeds of each successive generation of SSDs have led to increased power wattage, which in turn have resulted in higher operating temperatures. When SSDs experience rising operating temperatures at high transfer speeds, an automatic throttling mechanism is activated to protect components from damage caused by the high temperatures. With power consumption of approximately 12 W on a PCIe Gen4 SSD running at 7,000 MB/s, the controller temperature can reach over 110?. When PCIe Gen5 SSDs have speeds of over 12,000 MB/s and consume 14 W or above, one can expect controller temperatures to rise sharply. Therefore, Team Group is committed to providing the best thermal solutions for stable, high-speed operation of SSDs over sustained periods.

You can join the discussion on Team Group's CPU/SSD liquid cooling system on the OC3D Forums.

Graugear, Elecgear and Thermalright all do chonky looking NVME coolers, Pretty decent prices too on Amazon.

AlienALX
Quote:
Unless you have a Steam Deck

NeverBackDown
I mean F it why not.

It'll look like water cooling the old south bridges or the board, which I always thought was coolQuote
Reply