Western Digital has revealed their newest PCIe 4.0 SSD, the WD_BLACK SN850X, an upgrade version of the company's SN850 SSD that can deliver faster read/write speeds and reduced storage latencies.

The SN850X is designed to do two things, load data faster and respond to your system in less time. Both of these improvements help to boost the performance of Western Digital's latest gaming SSD, as do the company's "predictive loading" features.

Pricing/Availability: The WD_BLACK SN850X NVMe SSD will come in 1TB, 2TB and 4TB3 capacities starting at $189.99 (U.S. MSRP). It will be available for purchase at select Western Digital retailers, e-tailers, resellers, system integrators and the Western Digital Store starting July 2022. 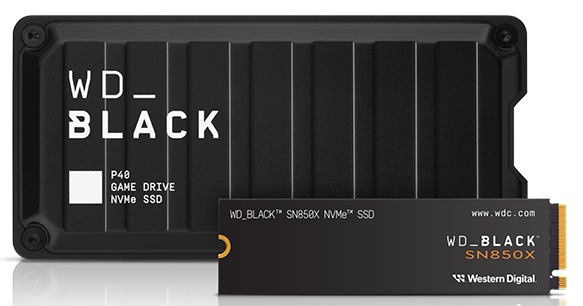 As part of their press release, Western Digital has confirmed that they have been working with AMD to create their new SN850X SSD, with AMD's Joe Macri, Compute and Graphics CTO, stating that "AMD is delighted with its continued collaboration with Western Digital to deliver exceptional gaming experiences".

Western Digital's new SN850X SSD will be available in 1TB, 2TB, and 4TB capacities, with the SSD's 1TB and 2TB models being available with or without a pre-installed SSD heatsink. Pricing will start at $189.99 in the US. At this time, UK pricing has not been confirmed.

You can join the discussion on Western Digital's new WB_BLACK SN850X SSD on the OC3D Forums.

Dicehunter
Will be interesting to see if there's any benefit with an Intel system considering WD worked with AMD for this drive guessing for their upcoming "Smart Access Storage".Quote
Reply