This tiny SSD can pack a punch!

Miniaturising products has always been a core part of what drives innovation in the PC market, propelling us from an era where PCs could occupy entire rooms and into a time where powerful computers can be found within handheld devices.

At CES 2019, Toshiba has revealed their latest single package BGA SSD, offering NVMe performance over four PCIe 3.0 lanes to deliver startling levels of performance within its 16mm x 20mm form factor. This package makes up Toshiba's new BG4 series of NVMe SSDs, offering capacities of up to 1TB while delivering read performance that can reach 2,250MB/s.

With this device, Toshiba wants to attract the attention of notebook manufacturers and embedded system makers, promising to deliver high capacities and respectable performance within a tiny form factor, enabling device makers to free up more space within their new "thin and light" products. Both BGA and M.2 2230 versions of the drive are available, supporting tiny M.2 slot lengths and direct to PCB mounting. 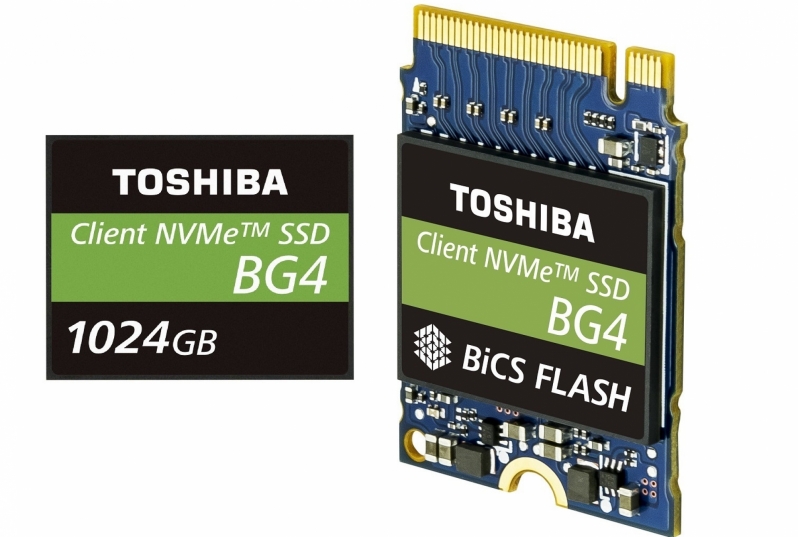 Thanks to Toshiba's improved 96-layer 3D NAND, the BG4 can also offer a 152% boost in Random Read IOPS and a 90% boost to Random Write IOPS, which is a staggering increase for such a small SSD. Beyond that, power efficiency has also been boosted by 20% in reading workloads and 7% in write workloads. 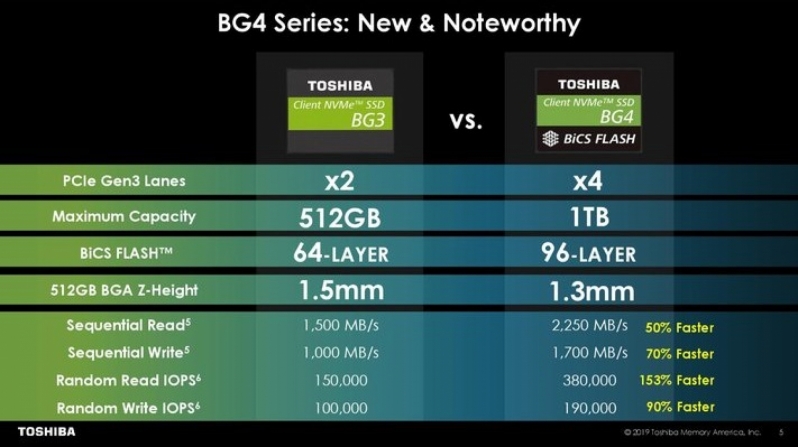 Toshiba is currently sampling their BG4 series SSDs to OEMs and expect the SSD become widely available in Q2 2019.

You can join the discussion on Toshiba's Single Package BG4 series of PCIe SSDs on the OC3D Forums.