Western Digital is expanding its WD-Black line of PCIe 4.0 SSDs with a new model called the SN770, a drive that's designed to replace their older SN750 SE model by offering performance levels that are up to 40% faster and up to 20% more power efficiency.

With their new WD_Black SN770 drives, Western Digital is using a new DRAM-less SSD controller that can deliver sequential read speeds as high as 5,150 MB/s and sequential write speeds as high as 4,900 MB/s. This drive will also be available with storage capacities of up to 2TB, unlike the SN750 SE, which maxed out at 1TB. 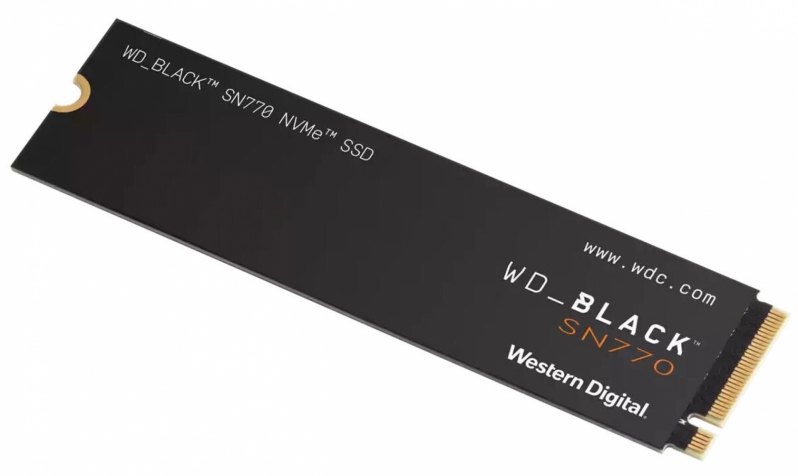 At the time of writing, Western Digital's flagship SN850 SSD is available for £124.98 and £239.99 on Amazon UK (Affiliate Links). As such, the pricing that Western Digital lists on their website for the new SN770 SSD should be considered as overly expensive.

Western Digital offer their customers higher-speed SSD with DRAM cache at a lower price than their new SN770 SSD models. Right now, our recommendation to consumers is to just buy the SN850. It's currently cheaper and offers PC users much stronger performance levels. While we expect the SN770 to become available at lower prices in time, today's prices are simply too high to be worth considering.

You can join the discussion on Western Digital's WD_Black SN770 PCIe 4.0 DRAM-less SSD on the OC3D Forums.