Toshiba achieves their highest capacities per die to date

Toshiba's 3D QLC NAND continues to evolve, with their development of 96-layer QLC BiCS NAND flash allowing the company to achieve higher per die capacities than ever before, offering 1.33Tb of storage space in a single chip.

Unlike the typical MLC (Multi-level call) 2-bit and TLC (Triple-level-cell) 3-bit NAND that we see in modern SSDs, Toshiba's QLC (quad-level cell) delivers 4 bits of information per memory cell, significantly increasing the amount of storage that can be fitted into a single memory die. This innovation enables companies to develop storage devices that offer higher capacities at lower prices.

Traditionally when creating NAND that fits more data, bits, into a single cell the memory loses some performance and longevity, especially when it comes to workloads with heavy writes.  This capacity/longevity/performance is why not all modern SSDs use TLC, 3-bit NAND.

It is fair to assume that this QLC NAND suffers from similar problems, making these SSDs most suitable for workloads where data is not written to the drives very often but read consistently. An example of this kind of workload would be for Facebook and YouTube, where a lot of data is posted and requires quick access but is almost never deleted from their servers.

Consumer workloads will also benefit from QLC, assuming that users do not partake in many write-heavy workloads. Have you ever used an SD enough to wear out it's NAND? 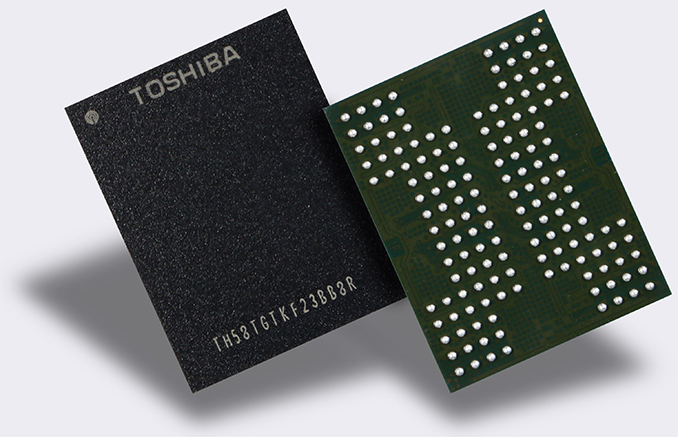 Toshiba plans to showcased packaged prototypes of a 96-layer BiCS QLC NAND device at the 2018 Flash Memory Summit, which will take place between August 6th and 9th in Santa Clara California.

There are also plans to mass produce this new memory type in 2019, after delivering samples to SSD and SSD controller makers this September.

You can join the discussion on Western Digital's 96-layer 1.33Tb 3D QLC NAND chips on the OC3D Forums.

NeverBackDown
Would be interesting to see how they increase the speed. Pretty much all TLC products have SLC cache to speed it up. I wonder if they would need more SLC cache to maintain the same speedsQuote
Reply