Today's NAND market has a problem, and NEO Semiconductor believes that they have the solution. As traditional NAND technologies have developed, increases in cell density have come at the cost of write endurance and performance, with QLC offering consumers excellent value for money while delivering poor write speeds without the assistance of SLC caching.

In time, PLC (5 bits per cell) NAND will become available, making these write endurance and write performance problems worse, but NEO Semiconductor's X-NAND promises to offer manufacturers a best of both worlds solution by delivering QLC-like levels of storage density while offering a 4x increase in read performance and an 8x increase in write throughput.

Through X-NAND, SLC-like performance can be delivered with QLC-like storage densities. If this technology is properly utilised, higher speed SLC-like NAND can also be created, creating further innovations within the NAND market.

NEO Semiconductor's X-NAND technology will take years to be adopted by the industry, but it showcase that there are clear paths forward for SSD makers. Faster storage solutions will come to market, and technologies like X-NAND will keep pushing the market forward.

At 2020's virtual Flash Memory Summit, NEO Semiconductor earned a "Best of Show Award for Hardware Architecture" with their X-NAND.

QLC 3D NAND flash has already found many applications due to its higher density and lower price than other NAND types.  However, a serious limitation is that QLC has relatively low performance, especially write speed.  NEO Semiconductor has developed a new architecture called X-NAND, which can increase QLC NAND's read speed by 4X and write throughput by 8X.  That results in QLC NAND with read/write performance comparable to SLC NAND.

X-NAND architecture can produce the high-speed, low-cost solution required by such emerging applications as AI/ML, 5G, real-time analysis, VR/AR, and cybersecurity.  X-NAND architecture can be applied to SLC to PLC flash.  Simulation shows that X-NAND in SLC can increase read speed by 10X and deliver an astonishing read throughput of 85 GB/s.  The architecture enables NAND flash to be readily integrated into ultra-high-bandwidth 3D integrated chips. 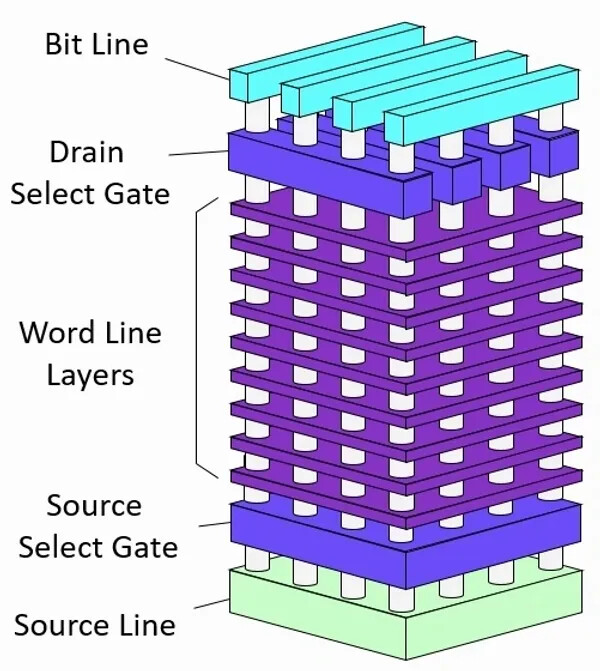 You can join the discussion on Neo Semiconductor's 3D X-NAND technology on the OC3D Forums.