Update - Additional Information is now at the base of the article

Thanks to a system teardown from "Modern Vintage Gamer, it has been revealed that Microsoft's newly released Xbox Series S console uses an integrated M.2 NVMe SSD.

Unlike Sony's PlayStation 5, Microsoft's low-cost system doesn't utilise an integrated/soldered SSD on their console's PCB, potentially allowing Series S users to upgrade their systems without Microsoft's official Xbox Series X/S SSD storage cards. That said, Microsoft may have tied these internal SSDs to their systems to prevent user replacements. We do not recommend trying this!

Another fact that's worth noting is that this SSD is a compact M.2 2230 device, making this drive much smaller than most consumer-oriented NVMe SSDs. This will make SSD replacement challenging, even if such replacements are possible on a system level.

Microsoft likely designed their Xbox Series S console in this way to allow the company to release higher capacity Xbox Series S systems without redesigning their console's PCB anytime in the near future. This could allow 1TB or larger Xbox Series S consoles to be created in the future, assuming that NAND pricing lowers enough to make such a system economically viable.

Microsoft's official storage upgrade path for the Xbox Series X/S is to use external SSD upgrade cards. At launch, Microsoft only has 1TB SSD cards available to consumers, though more external SSD designs will release in the future from a multitude of manufacturers.

Update - Thanks to Wccftech's Keith May, we now know that Microsoft's Xbox Series S console uses Western Digital's SN530 SSD. The driver splits the SSD's storage into 6 partitions, where only five are visible to Windows 10 PCs.

You can join the discussion on Microsoft's Xbox Series S containing an M.2 NVMe SSD on the OC3D Forums. 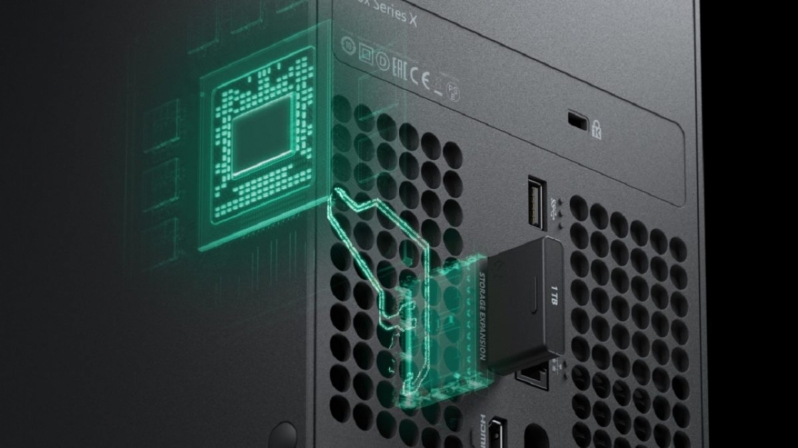 Greenback
Quote:
stops people putting in a non-microsoft over priced drive in, so you have to buy the expansion drivesQuote

NeverBackDown
I'm not even sure why people think it can be upgraded. You really think that it's that simple? First off, it's MS they definitely locked the drive, and if it wasn't, good luck trying to download the Xbox OS to be able to boot with a new driveQuote

g0ggles1994
Quote:
I second this, kinda like how HDDs were locked for original Xbox's.