Faster SSDs are on the horizon, and Apacer and ZADAC are leading the charge

PCIe 5.0 SSDs are on the horizon, and manufacturers are working on adopting the new standard as soon as possible. M.2 NVMe SSDs are already reaching the limits of PCIe 4.0, and that means that the industry needs to move onto a faster connectivity standard.

Apacer and Zadak have today revealed their new AS2280FS and TWSG5 PCIe 5.0 SSDs, both of which are designed to deliver sequential read speeds of 13,000 and sequential write speeds of 12,000 MB/s. These SSDs will also be backwards compatible with PCIe 4.0 systems, saturating the bandwidth capabilities of the standard.

Both SSD models appear to use the same aluminium heatsink design for cooling, with the Zadak TWSG5 model also including a graphene heatsink option for systems that lack the space for larger cooling solutions. This makes this SSD ideal for use of laptops and other thin devices, though both heatsinks appear to be PlayStation 5 compatible. Both Apacer and Zadak's SSD models appear to ship with 5-year global warranties. 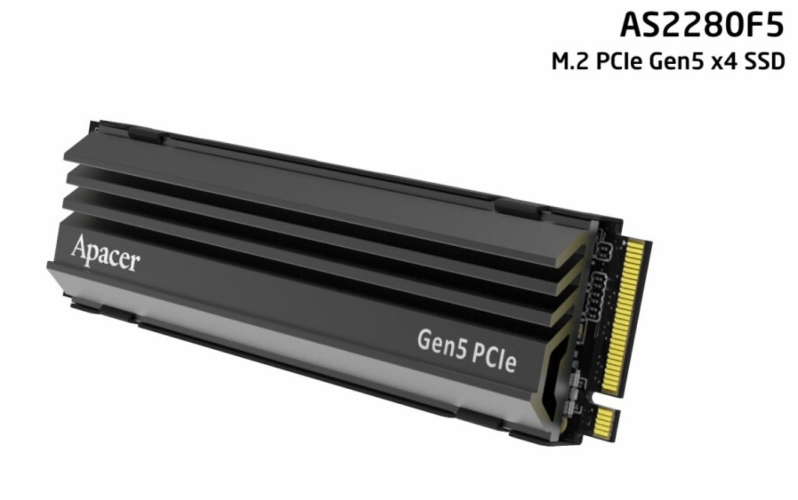 Apacer and Zadak are expected to launch their new PCIe 5.0 compatible SSDs later this year.

You can join the discussion on Apacer and Zadak's ultra fast PCIe 5.0 SSDs on the OC3D Forums.