This notebook will also contain a GTX 1080 Max-Q

We have known that Coffee Lake has been set to arrive on mobile platforms for quite some time, moving laptops from the quad-core era into a high-performance future.

While Zen-based notebooks have existed with up to eight Ryzen CPU cores since 2017, these CPUs are low-power desktop models which have been rigged into a laptop chassis, creating a mobile workstation instead of a pure-play notebook. The difference that we can see with the Zephyrus GX501 is that it offers a slimmer body, thanks to its use of a dedicated mobile CPU and Nvidia's mobile optimised GTX 1080 Max-Q GPU.

When compared to ASUS' previous Zephhrus model, the company has moved their keyboard and touchpad into more traditional notebook locations, giving their design a much-needed facelift. The notebook has a 15.6-inch 1080p 144Hz G-Sync mobile panel, an RGB keyboard and what appears to be an RGB EOG logo on the back of the monitor. 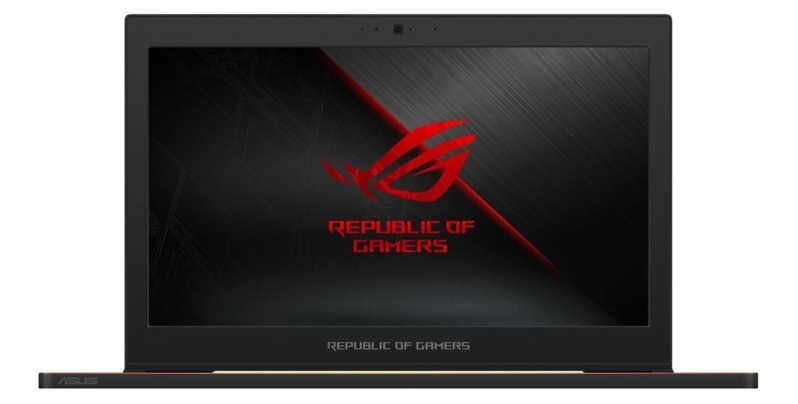 On Communications Solutions UK (Google Cached listing) this notebook is priced at £2902.99, though it is possible that this price was listed incorrectly on this early retail webpage. I think it is sake to say that Coffee Lake mobile will be released in the near future.

You can join the discussion on ASUS' upcoming Coffee Lake Powered Zephyrus GX501 notebook with its i7-8750H CPU on the OC3D Forums.