AYANEO's "Next Generation" Windows Gaming Handheld will be AMD-powered

Will this PC gaming handheld be truly next-generation?

Valve's Steam Deck handheld may have garnered a lot of interest this year, but they are not the first company to create gaming-oriented handheld PC devices.

AYANEO, a creator of PC gaming handheld products, has confirmed that they will be revealing their "Next Generation Windows Gaming Handheld" on December 28th, before CES 2022. The company has confirmed that their product will feature "High-Performance AMD Cores" and "Cutting Edge Innovations" when it launches.

Sadly, it is unknown what AMD processor will power this "Next-Generation" device. AYANEO's Neo 2021 PRO system uses an AMD Ryzen 7 4800H CPU, making it possible that their next device is getting a Ryzen 5000 series upgrade. That said, AMD is likely to reveal new CPUs at CES 2022, making it possible that AYANEO's new product will feature a Ryzen 6000 series mobile CPU.

If AYANEO's next-generation device features a next-generation AMD processor, it could potentially offer its users Zen 3 CPU cores alongside RDNA 2 integrated graphics. This change should deliver transformative performance benefits to mobile gaming performance, especially if it is combined with fast memory. 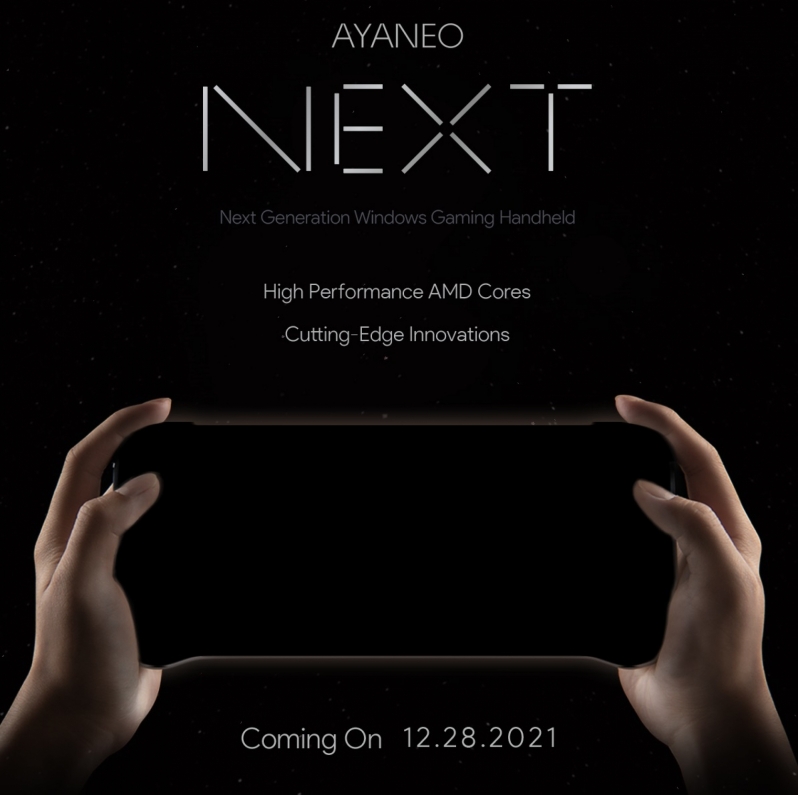 AYANEO has also been making big claims about the joysticks that their next-generation system offers. Nintendo's Switch Joy-con controllers are known to suffer from "drift" issues, and the image below suggests that AYANEO has solved this issue.

With their next-generation system AYANEO promises to deliver its customers a high-performance PC gaming handheld that has a higher level of build quality (at least for the unit's joy-sticks) than Nintendo's Switch console.

AYANEO plans to reveal their "NEXT" PC gaming handheld system on December 28th.

You can join the discussion on AYANEO's next-generation PC gaming handheld on the OC3D Forums. 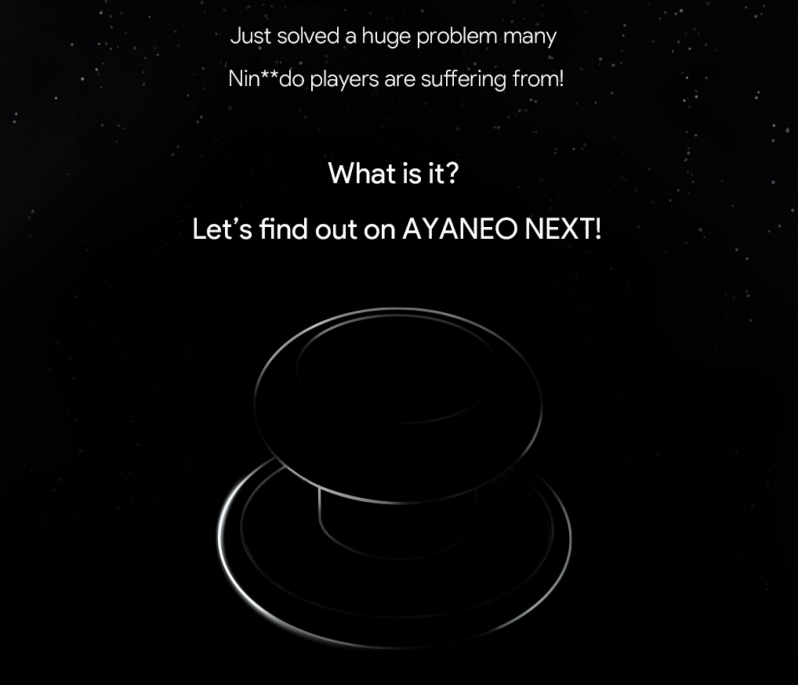