In addition to the Voyager a1600's high-end AMD components, the system also features integrated Elgato technologies that make this notebook ideal for content creation, gaming and streaming. The system features 10 S-key shortcuts that can be controlled using Elgato's software, and a webcam that can also be controlled using Elgato software. Beyond this, the Voyager a1600 features a privacy switch and a 4-microphone noise cancellation setup that can make this system ideal for streaming and tele-conferencing.

With Cherry MX Ultra Low Profile key switches, Corsair has also promised a sold typing experience with their new gaming system. The system also promises to deliver tonnes of performance within this system's size and weight class, with the system being 2.4 kg in mass and less then two centimetres thick. When it comes to connectivity, this system also supports high speed interfaces like USB4 and USB 3.2 Gen 2x2 and features an integrated SDXC 7.0 card reader.

Below is what Corsair had to say about their new Voyager A1600 gaming system in their press release. 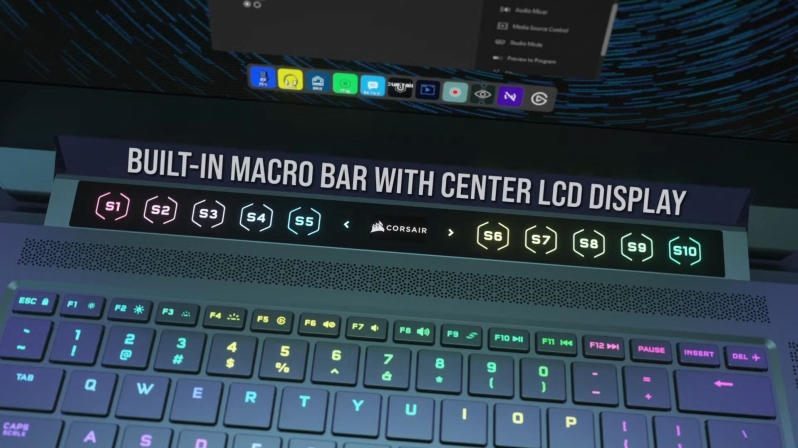 The CORSAIR VOYAGER a1600 is built with a gorgeous 16" 2560×1600 QHD+ IPS screen with superb color accuracy, displaying your gameplay in amazing detail. With an ultra-high 240 Hz refresh rate and support for AMD FreeSync Premium technology, and powered by RX 6800M mobile graphics, gamers can experience today's most graphically intense games at impressively high frame rates for silky-smooth gameplay.

Incorporating technology from the content creation experts at Elgato, the CORSAIR VOYAGER a1600 breaks new ground as a laptop built specifically with streamers in mind. Above the keyboard are ten easy-access customizable S-key shortcut buttons powered by Elgato Stream Deck software, putting one-touch streaming control at your fingertips. A 1080p30 FHD webcam immortalizes your biggest moments in sharp detail, while a directional 4-microphone array with ambient noise cancellation clearly captures your voice even in busy environments.

The CORSAIR VOYAGER a1600 is complemented by a host of features tailored for today's gamers and content creators. CHERRY MX Ultra-Low Profile keyswitches deliver mechanical precision, illuminated by per-key RGB backlighting from ultra-bright, power-efficient CAPELLIX LEDs powered by CORSAIR iCUE software. A variety of ports, including two Thunderbolt 3-enabled USB 4.0 and one USB 3.2 Gen2 Type-C, keep you connected to all your devices. An integrated receiver connects to up to three CORSAIR SLIPSTREAM WIRELESS peripherals for a strong, robust signal without tying up any USB ports. 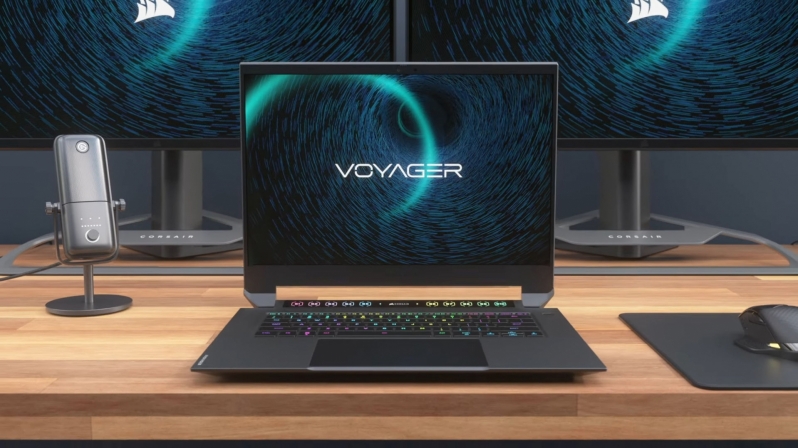 "We knew we had to bring something new and different to the table," said Matthew Hsu, SVP & GM, System BU at CORSAIR. "With our unique position in the industry, we were able to pull from the best of what CORSAIR has to offer - from award-winning components to extensive software integration - to create a laptop that no one else can."

"We are extremely excited to partner with CORSAIR to launch the first Voyager laptop exclusively with AMD Advantage design framework," said Frank Azor, chief architect of Gaming Solutions at AMD. "The CORSAIR VOYAGER a1600 is the first truly mobile streaming solution; coupled with AMD smart technologies like SmartShift MAX, users can automatically unleash the full potential of this laptop whether gaming, streaming, or creating." 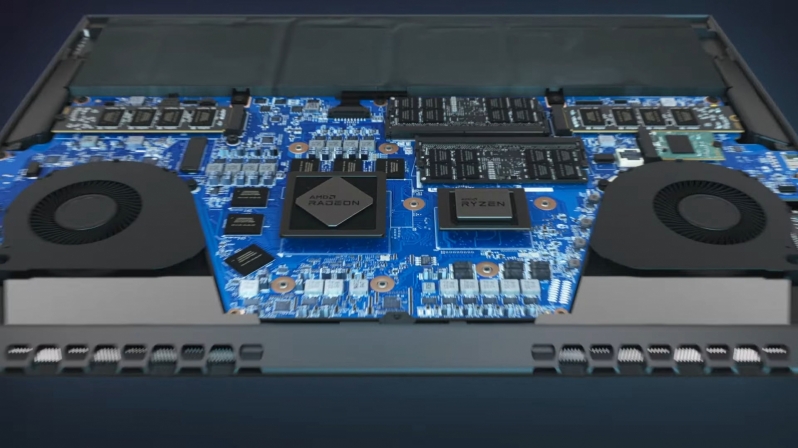 For those who want to further customize the specs or the look of their CORSAIR VOYAGER laptop, ORIGIN PC will also offer custom UV printing or laser etching options. All ORIGIN PC systems include free lifetime 24/7 US based technical support and free lifetime labor.

A Windows 11 Pro version of both models will also be available.

Availability and pricing for the CORSAIR VOYAGER a1600 Gaming Laptop will be announced at a later date. For up-to-date availability information, please refer to the CORSAIR website or contact your local CORSAIR sales or PR representative.

The CORSAIR VOYAGER a1600 is backed by a one-year warranty, alongside the CORSAIR worldwide customer service and technical support network.

You can join the discussion on Corsair's Voyager a1600 gaming laptop on the OC3D Forums.