New power regulations in the US are now preventing Dell from shipping many of its high-end gaming PCs to customers in certain US states, including California, Colorado, Hawaii, Oregon, Vermont, and Washington.

With the implementation of California’s Energy Consumption Tier 2 rules, consumers in states with these power efficiency regulations will not have access to high-power gaming systems that do not comply with this new ruleset.

Right now, most of Dell's Alienware Aurora Ryzen Edition R10 and Alienware Aurora R12 (Intel 11th Gen) systems are affected by these new regulations. Orders of non-compliant systems within affected US states have been cancelled, and these systems will no longer be shipped to states with these new power efficiency rules.

The California Energy Commission's (CEC) Tier 2 implementation is designed to force PC manufacturers to create more power-efficient systems, hoping to reduce the power requirements of future PCs and prevent the electricity use of PCs from rising dramatically. In time, these efforts are designed to lower greenhouse gas emissions, as decreased electricity use will reduce the quantity of fossil fuels that electricity producers will burn.

The rules regarding these new power regulations are complex, as the maximum power usage of PCs under these rules will vary depending on their specifications. Factors like expandability and power consumption during short-idle, long-idle, sleep and off-modes are also considered.

While the positives of these new regulations are apparent, only time will tell if these regulations will create more efficient PCs from manufacturers like Dell and their competitors. Should the PC industry fail to reduce the power usage of their components, these rules may result in less consumer choice within US states that have enacted these new power regulations. 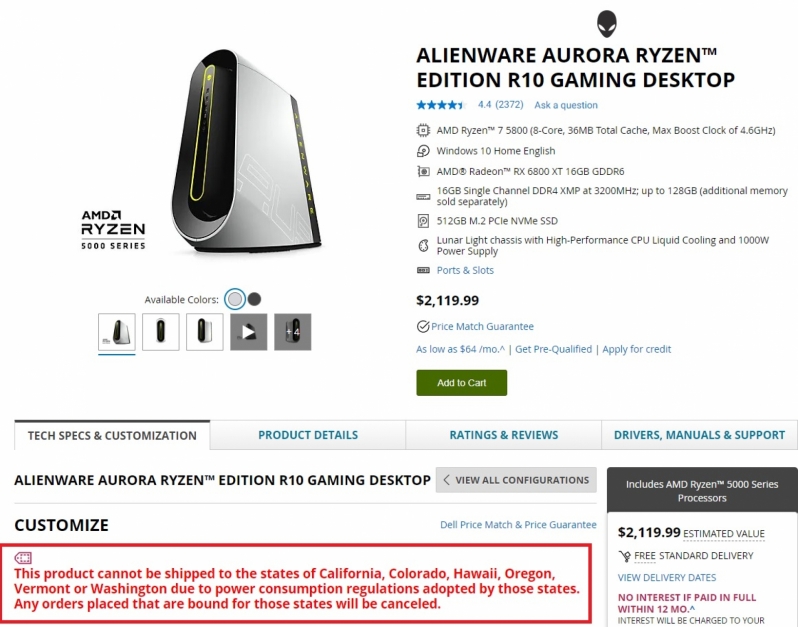 It is unknown how far gaming system's like Dell's high-end Aurora R10 Ryzen Edition and R12 sit outside of these new tier 2 power consumption requirements. If they sit marginally outside of tier 2's legal requirements, the addition of more efficient power supplies or other minor component changes could be enough to bring these gaming systems in line with these new energy regulations. If larger changes are required, tier-II power regulations will probably start impacting other pre-built system makers in the US.

At a minimum, these tier two power regulations will force PC manufacturers to invest in more efficient power supply units within the desktop PCs, which will increase the material cost of their systems while granting them additional power headroom to work with.

You can join the discussion on Dell's inability to ship its high-end Alienware gaming systems to some US states on the OC3D Forums. 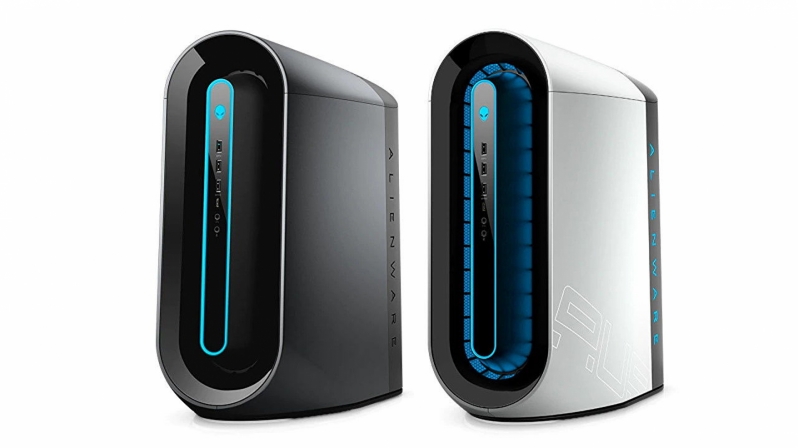 Dawelio
Don’t know why anyone would buy them anyway, after seeing Gamers Nexus’ video of their OEMs.Quote

Dark NighT
Quote:
Because a lot of people do not watch Gamers Nexus.Quote

Dawelio
Quote:
Haha that is so true! Good point and fair enough


Anyways, im sure there is a way around it. Via some partially completed PC. It was an easy loop hole when importing Cars to the UK once where you simply sent the engine separately, and the car body via Ireland on a Q plate. There was no way to tax the car based on engine power etc.Quote
Reply