Intel has updated its NUC lineup with a new 12th Generation model, offering users new feature, new processor options and a lot more performance. While the system uses the same enclosure as their NUC 11 Extreme (Review Here), a lot has changed under the hood.

Intel only plans to sell NUC Compute Element cards with i7 and i9 series processors. The card can support up to three PCIe 4.0 M.2 SSDs and up to 64GB of DDR4 memory across two SODIMMs. The CPU options for Intel's 12th Generation Compute Element card are their i7-12700 and their i9-12900, both of which are socketed desktop CPUs.

The Intel NUC 12 Extreme brings Intel's new performance hybrid architecture and a socketed motherboard to the NUC line for the first time. For those who want a powerful system with a small footprint and more versatility than ever before, the Intel NUC 12 Extreme Kit is an outstanding option. The most powerful Intel NUC yet encompasses new features, like performance hybrid architecture and access to faster PCIe interfaces, accelerating load times, all in a footprint that can fit on any desk. 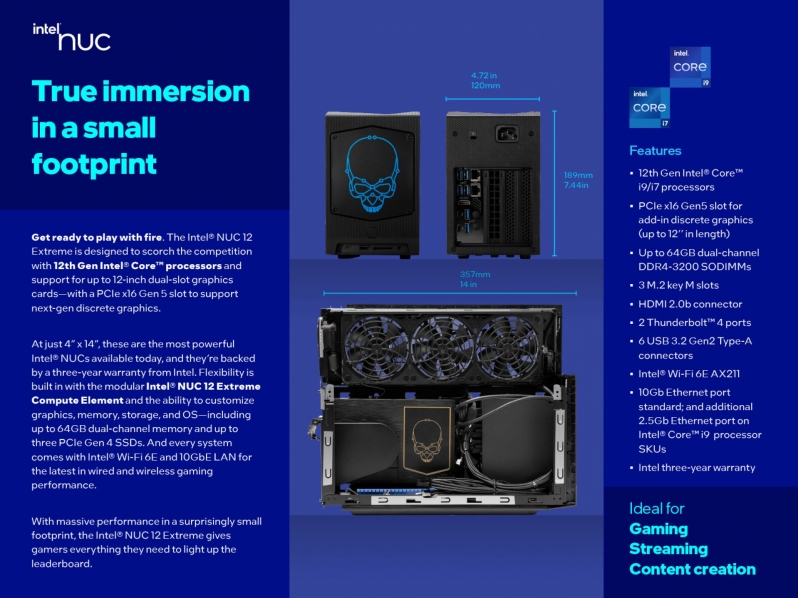 Built with flexibility in mind, the modular Intel NUC 12 Extreme Compute Element provides enthusiast gamers and creators the ability to create their own small form-factor designs, giving users the option to be creative and configure the system footprint to their liking.

The NUC 12 Extreme offers breakthrough speeds with up to a 12th Gen Intel Core i9 processor, featuring eight Performance-cores (P-cores) and eight Efficient-cores (E-cores), 24 threads and up to 5.1 GHz turbo boost max frequency. 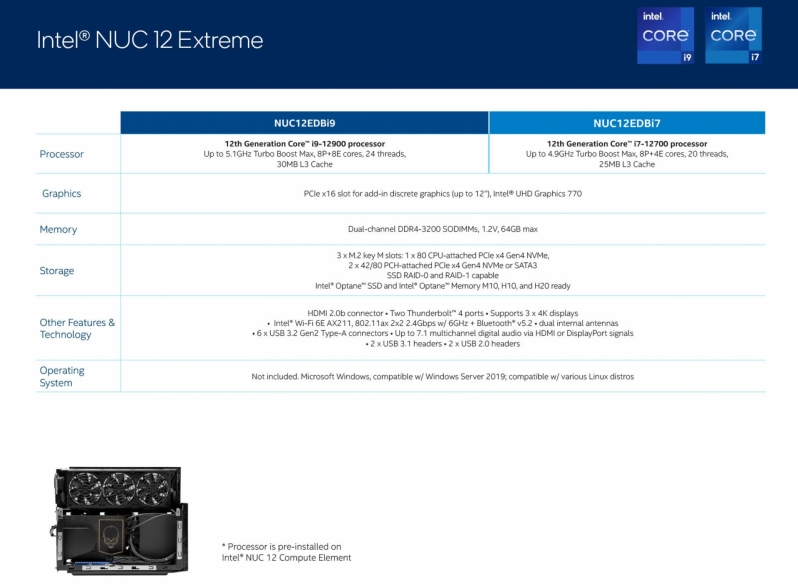 You can join the discussion on Intel's 12th Generation NUC 12 Extreme "Dragon Canyon" system on the OC3D Forums.