Microsoft has officially revealed its Xbox Series S console, the company's affordable entry point into next-generation gaming. Sadly, Microsoft has not revealed the specifications of their system yet, but we do know its UK pricing, £249.99. In the US this console will cost $299.

With Xbox Series S, Microsoft is undercutting its competition, offering its latest system for a price tag that Sony cannot match with its PlayStation 5 system. Unfortunately, this system appears to lack a disk drive, though that was a sacrifice that had to be made to achieve such low retail pricing.

Early rumours suggest that this new system will feature a 4 TFLOPs graphics component and the same CPU/storage specifications as the Xbox Series X, allowing the Xbox Series S to run all Xbox Series X games at lower display resolutions. This information should be confirmed at a later date, as Microsoft has stated that they plan to share more details on the system "soon".

Microsoft's Xbox Series S console is the company's smallest Xbox ever, a fact which will allow the system to be stored in smaller spaces and be transported more easily than ever before.

Update - A leak from @_h0x0d_ on Twitter has revealed that the Xbox Series S system will include a 512GB SSD, a form factor that's 60% smaller than the Xbox Series X and support 1440p at up to 120 FPS in games with 4K upscaling. This All-Digital console will also support DirectX Raytracing, Variable Refresh Rates (VRR), and Variable Rate Shading. 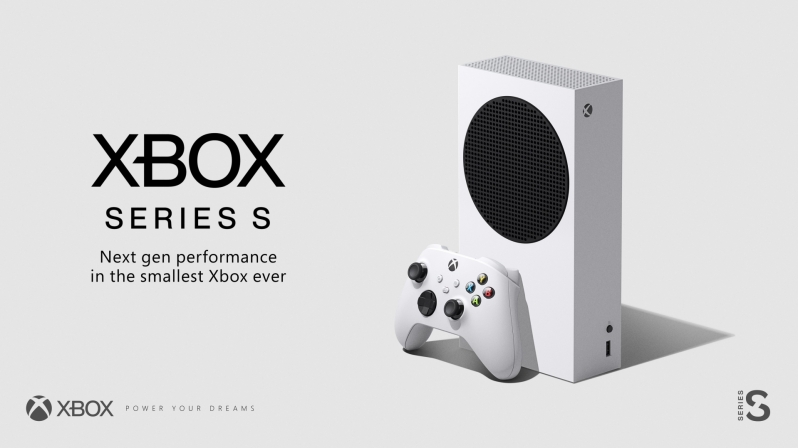 You can join the discussion on Microsoft's Xbox Series S system on the OC3D Forums.

grec
Wonder if Sony are able to respond with a similar design that would be more suitable for this post-2020 world or if they're just gonna slug it out with the PS5 until they can cut its price to these levels.Quote

Greenback
I'd consider this if you have the game pass, considering this is digital, I do prefer buying hard copy if buying console games though as you can trade them in.Quote

Does that make anyone else ponder the idea that Ampere might be severely overpriced, and not as revolutionary as they want us to think? Maybe waiting for AMD GPU's is a more prudent course of action.

Also, you should get rid of the apostrophe. It's its not it's.Quote

WYP
Quote:
Remember that the Xbox Series X is marketed as a 4K up to 120FPS system. Developers can do 120 FPS is they choose, but most will decide not to.

We should hear the final specifications soon. If anything, I'd say that this makes AMD's Ryzen 7 3700X seem very overpriced. This thing should have eight Zen 2 cores.Quote