Would you buy a static/home console without a disk drive

A report from Windows Central has claimed that Microsoft's "Xbox Maverick" diskless Xbox One will become available for pre-order in April, shipping under the name "Xbox One S All-Digital Edition".

At this time it is unknown what the new console will look like, as the removal of the console's 4K Blu-Ray disk drive would enable Microsoft to significantly reduce the console's form factor. Alternatively, Microsoft could opt to keep the console in the same Xbox One S shell as before, with the only major change being to the console's front section, which will no longer include a disk slot, as shown in the edited Xbox One S picture above.

With Microsoft moving their focus onto their digital "Game Pass" subscription service and towards console streaming with "Project xCloud", it is easy to see why creating a diskless console makes a lot of sense for Microsoft. This will also act as a great testing ground for Microsoft's next console platform, which could also release with digital-only models. 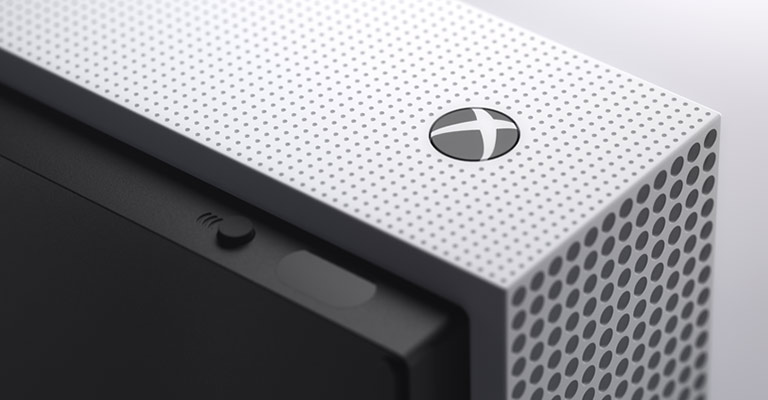 At this time it is unknown how much the "Xbox One S All-Digital Edition" will cost, though it will no doubt cost less than existing Xbox One S consoles, given the lower material cost of the unit. The console is also likely to be bundled with a Microsoft Game Pass subscription, which comes with all of Microsoft's first-party Xbox releases as well as a large number of 3rd party titles. This will allow the All-Digital Xbox One S to ship with a large digital game library out of the gate.

The Microsoft Xbox One S All-Digital Edition is expected to release in all major Xbox regions, which means that the UK and Europe should expect to see the all-digital Xbox One on store shelves.

You can join the discussion on Microsoft's rumoured Xbox One S All-Digital Edition console on the OC3D Forums.