MSI has released their new GS63 7RD Stealth notebook, which is designed to offer respectable levels of gaming performance while also coming with a thin & light form factor and a mass of just 1.8KG.
This new notebook combines the power of Intel's i7 7700HQ CPU and Nvidia's GTX 1050 GPU alongside a 72% NTSC 1080p display and a SteelSeries RGB backlit keyboard to offer a great mobile gaming experience.

The GS63 7RD Stealth is designed with MSI's new "Cooler Boost Trinity" cooler design, which comes with five heatpipes and a total of three fans to allow this notebook to remain cool and quiet under load, despite this notebook's small form factor. 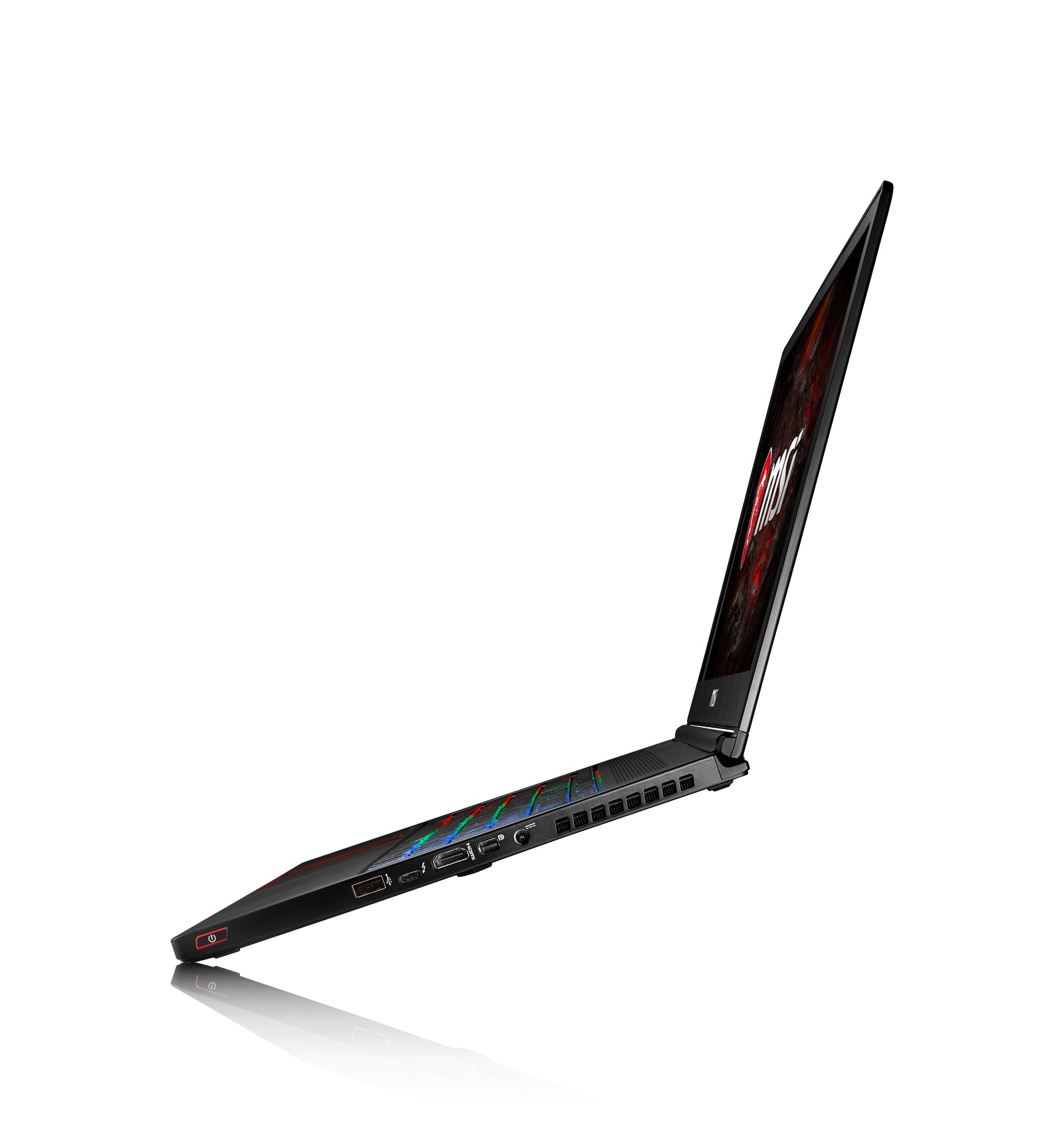 On the audio side, the GS63 7RD Stealth comes with an ESS SABRE HiFi headset AMP, which will allow mobile users to get some great audio quality out of their headset, giving users a high-end audio experience when combined with a decent set of headphones.

In this notebook's standard configuration it ships with a 128GB M.2 SSD, 8GB of RAM and a 1TB HDD for £1050 in the UK, which isn't bad for a notebook that is this lightweight and powerful. Below are this notebook's full specifications. 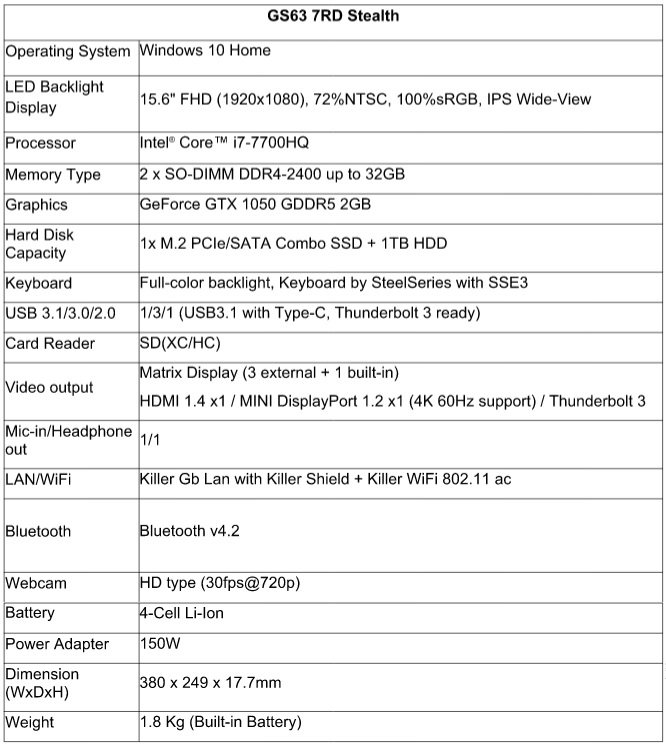 You can learn more about MSI's GS63 7RD Stealth Notebook on the product's official webpage.

sheroo
That's the first laptop I've seen that makes me think of getting rid of my desktop. If it had a docking station and was quiet then...Quote
Reply