Coffee Lake has hit mobile, the Intel i9 is here!

Intel has officially launched their new Coffee Lake lineup of mobile processors, enabling MSI to create a release a new range of gaming notebooks, which range from the thin and mighty all the way up to the downright insane.

To start off, MSI has released a new version of the GS65 Stealth, a thin gaming-oriented design which will feature up to an 8th Generation i7 CPU with Intel's HM370 chipset and either a GTX 1060 or 1070 GPU. This notebook will use a 144Hz 1080p IPS display panel with 72% NTSC coverage Killer networking.

Memory-wise, the GS65 Stealth, will come with up to 32GB of DDR4 2400MHz memory, with two M.2 storage slots to deliver a lot of potential room high-speed storage. This notebook will also come with three USB 3.1 ports, a single Thunderbolt port and both HDMI 2.0 and DisplayPort 1.4 outputs.

Integrated into this unit is a Steelseries RGB gaming keyboard, with the notebook also offering Killer wireless and a 10Gbps Killer Ethernet port. Storage-wise this system also provides three M.2 shots, all of which offer PCIe 3.0 4x connectivity and two which offer SATA connectivity. There is also space for a single 2.5-inch HDD or SSD, with the chassis supporting RAID 4.

Looking into this system's I/O we can see that this model offers a single Thunderbolt 3 connection, fice USB 3.1 Type-A ports a single HDMI and a DisplayPort 1.4 output.

Using MSI's new Cooler Boost Titan cooling design and Intel's new Core i9 series mobile processor, MSI says that the GT75 Titan can offer up to a 70% performance boost over its predecessor with an Intel Core i7. 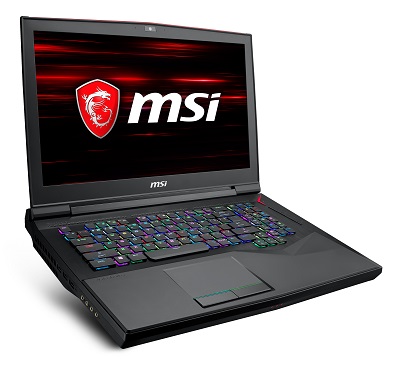 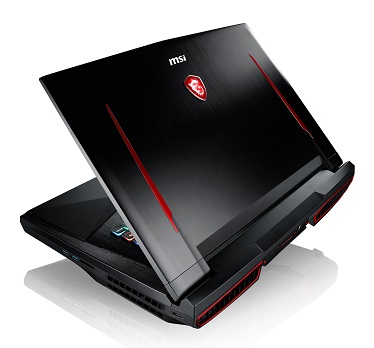 (GT75 Titan with i9 Hexacore processor)

MSI's GT83 and GT63 Titan systems will also be receiving an upgrade to 8th Generation Intel processors, with the GT83 Titan coming with an 18.4-inch 1080p IPS screen, an Intel Core i7 processor and either a GTX 1080 SLI or GTX 1070 SLI GPU configuration. The GT83 Titan will also offer a full mechanical keyboard with Cherry MX Silver Speed switches.

The smaller GT63 Titan will come with a 15.6-inch 4K IPS panel or a 1080p 120Hz panel, with either a GTX 1080 or GTX 1070 to power it. This notebook will come with a Steelseries RGB gaming keyboard, with comes with per-key customisable RGB lighting.

Both of these units have space for a single 25-inch drive with the GT83 Titan coming with support for three M.2 drives (2x NVMe/SATA + 1 SATA) and the GT63 Titan ships with a single M.2 slot which supports both NVMe and SATA drives. Both units come with Killer Wireless and Gigabit Ethernet. 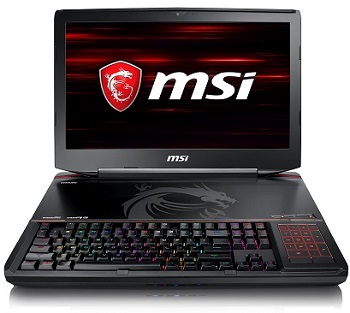 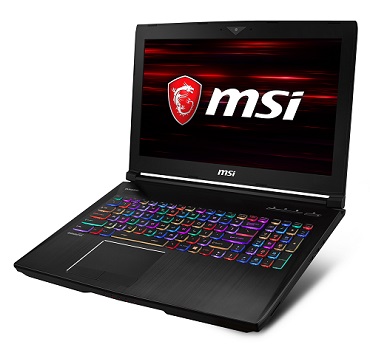 Now we have the GE63/73 Raider RGB edition, which comes with RGB illumination on the notebook's top cover, keyboard and USB ports. The top cover is 24 separate RGB zones, which can deliver a unique lighting setup.

Both the 15.6-inch GE63 Raider RGB and the 17.3-inch GE73 Raider RGB offer support for 4K IPS displays or 1080p 120Hz screens, with both units coming with either a GTX 1060 or GTX 1070 GPU. MSI has also kitted out these notebooks with MSI Cooler Boost 5 technology, allowing Intel's 8th Generation i7 and Nvidia's graphics hardware to be cooled with ease using seven heatpipes and dual fans.

Both of these notebooks will weight under 3kg with the GE63 Raider RGB weighing 2.49kg and the GE73 Raider RGB weighing 2.89kg. Both units will come with up to 32GB of DDR4 2400MHz memory, dual M.2 slots (1x SATA/NVMe + 1x NVMe) and a single SATA III 2.5 slot. These two notebooks will ship without Thunderbolt 3 and come with three USB 3.1 Type-A ports, one USB 3.1 Type-C port, an HDMI 2.0 port and a mini-DisplayPort output. 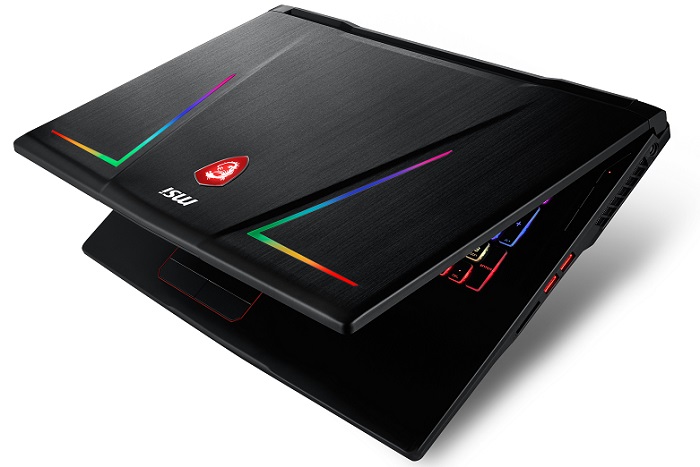 MSI has stated that their GS65 Stealth Thin should become available for pre-order later today, with the remainder of these notebooks hitting retailers later this month.

You can join the discussion on MSI's new Coffee Lake lineup of Gaming notebooks on the OC3D Forums.