This move prompted criticism from many PC gamers, as Nvidia's RTX 30 series of laptops offers system integrators wide TDP ranges. RTX 3080 mobile GPUs can run with GPU subsystem power ranges of between 80 and 150 watts, which means that a low power RTX 3080 config will deliver a lot less performance than a maxed-out high power configuration. To make matters worse, laptop makers did not list their RTX 30 series mobile GPUs' power ratings, only adding to the confusion.

Nvidia has heard these criticisms and revealed to The Verge that they would be forcing their laptop partners to list the power consumption figures of their RTX 30 Series mobile GPUs, allowing users to better estimate the performance of the gaming laptops that they are considering. In response to this, laptop OEMs are already updating their websites with more detailed GPU specifications.

We’re requiring OEMs to update their product pages to the Max-Q technology features for each GeForce laptop, as well as clocks and power — which communicates the expected GPU performance in that system, 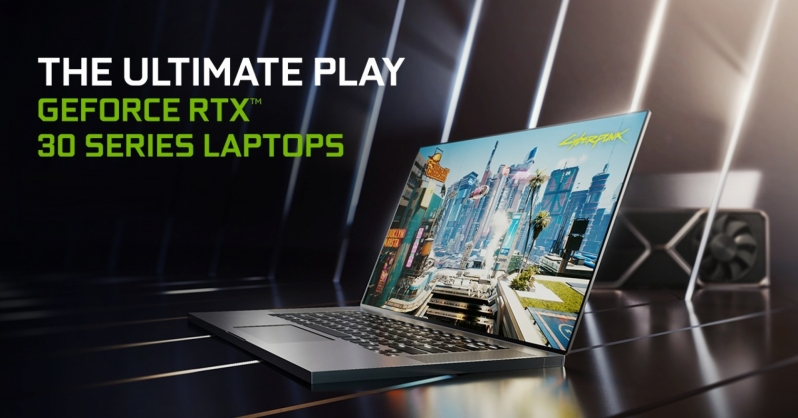 While a lot of the blame for this controversy lies with OEMs, many of which refused to list the GPU power specifications of their RTX 30 series laptops, Nvidia also deserves some blame for creating this controversy. Nvidia were the ones that allowed RTX 30 series mobile GPUs to feature such wide power limits, and they are also the ones who abandoned their Max-Q branding for notebooks with power-optimised GPU configurations.

You can join the discussion on Nvidia forcing laptop makers to be more transparent about RTX 30 series laptop specifications on the OC3D Forums.

looz
Nvidia's way of transparency:
Relative performance compared to a desktop 2080 must be printed on the laptop with 0% opacity.Quote
Reply