Nvidia has just revealed its next-generation Data Processing Unit (DPU), Bluefield 3, an accelerated networking solution that has the potential to transform data centers.

Bluefield DPUs are designed to handle computationally intensive calculations onboard, offloading compute from datacenter processors to free up valuable CPU cycles for other applications. If your networking solution handles its own compute, you can utilise your CPU's resources for other applications. That's what Nvidia's Bluefield DPUs are all about.

Bluefield 3 is due to arrive in 2022, offering users 16 ARM Cortex-A78 cores and optimised interconnections that are designed to accelerate network connections. Nvidia's Bluefield 3 DPU is designed to do the work of 300 traditional CPU cores and provide 400GBit/s networking through a single port. Bluefield 3 is also designed to be backwards compatible with Bluefield 2, which is now available to developers.

With Bluefield, Nvidia is pioneering a new type of processor for datacenters, offloading and accelerating networking workloads while providing users with tremendous throughput. This design can also be used to enhance security, and networking and business-side computing are separated.

BlueField-3 DPUs transform traditional infrastructure into “zero-trust” environments — in which every data center user is authenticated — by offloading and isolating data center infrastructure from business applications. This secures enterprises from cloud to core to edge while increasing efficiency and performance. 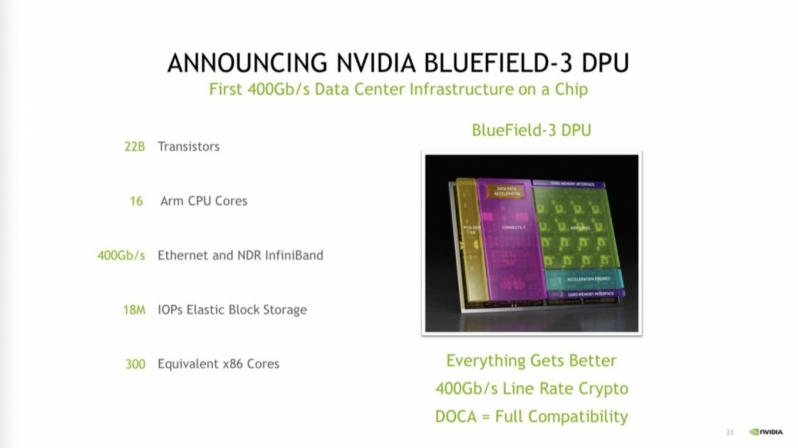 Nvidia has already announced partnerships with Dell, Inspur, Lenovo and SuperMicro, ensuring that cloud service providers will utilise Bluefield. With Bluefield, Nvidia has proved that their acquisition of Mallenox was worth it, and this technology will open a lot of door for Nvidia within the enterprise market.

You can join the discussion on Nvidia's Bluefield 3 DPU on the OC3D Forums. 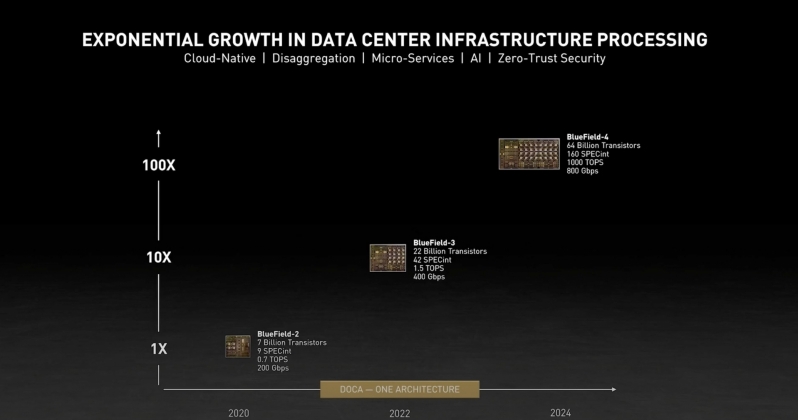