Hello there, ladies and gentlemen of the OC3D universe. Good King Tom decided that it's time for a rather different type of news article from myself, so, today we are talking about a user who has quite a special rig and has managed a rather extraordinary feat. They go by the name of ObscureParadox and if you have an interest in over-clocking then you're going to want to pay very close attention.

I'm sure that everyone who has tried to over-clock their CPU will have dreamed of winning the 'silicon lottery' and finding that one chip that they can push far beyond the boundaries of 4 and even 5GHz. With air and water you can only go so far but, if you're serious enough about it, you'll try liquid nitrogen, more commonly referred to as LN2. At least, that's what competitive over-clockers do, like OC3D Forum member, ObscureParadox.

If this was a super-hero film, you'd now be getting the back-story to where and how it all began... ObscureParadox, or Lewis, as he's known in the real world, has been Over-clocking for a couple of years. His first rig and after a freak accident with a radioactive stick of RAM... Just kidding! Anyway, Lewis has been a serious over-clocker for the last 2 years or so, benching with LN2 for roughly a year. Past experiences with custom water cooling loops and dry ice left him hungry for better performance.

A noteworthy achievement would be over-clocking an Intel Mobile Celeron 1.2GHz CPU by a whopping 235% - yes, 235 percent. The lowly Celeron CPU was given a boost all the way from 1.2GHz all the way up to 4.02GHz (4,021.83MHz if we're being accurate). This was obviously using LN2 in the SF3D Inflection pot, and, until recently, this was the record for this chip, and it's only as of September this year, that it was beaten. 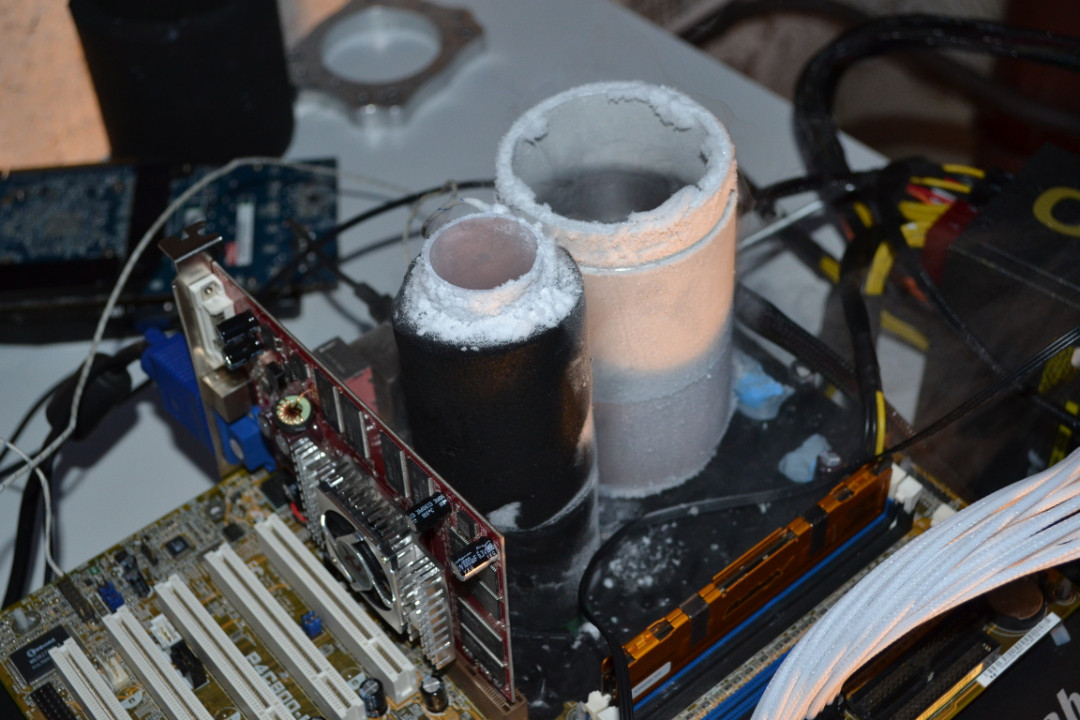 The little Celeron rig that could! HWBOT submission

This brings me to Lewis' latest achievement. The AMD FX-8350, as most of you probably know, is great for over-clocking. Competitively, this CPU has been pushed past the 8GHz barrier, and that's what Lewis has achieved. It's an exclusive club and something that can only be achieved with LN2. The actual chip that Lewis used was stable at around 5.1/5.2GHz on water, with around 1.45v, so it is quite a good find. 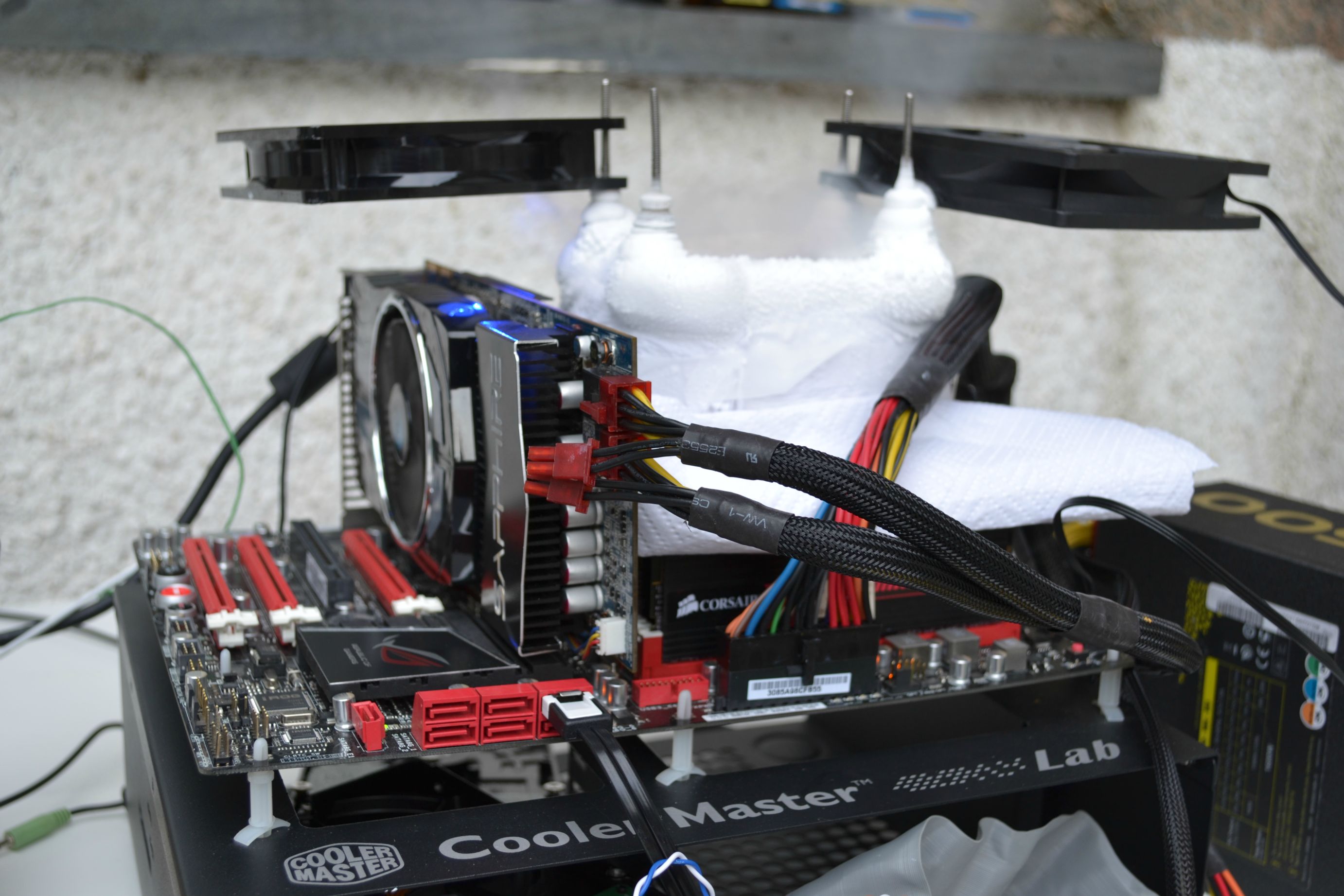 The volts use for the 7.4-7.5GHz over-clocks were all 1.84-1.88v, depending on the benchmark. One module hit a wall at this speed whereas the others were stable up to 7.7GHz on multi-threaded benchmarks. For the PiFast result, Lewis used a voltage of 1.95v but that was also at 7.9GHz which would have been needed for a stable bench, at that speed.

The motherboard was a Crosshair Formula V (none Z variant) and the RAM was 4GB Corsair Dominator GT v7.1s Both were on regular ambient cooling, however they would have been slightly colder than ambient, due to the cold vapour coming off the pot. The RAM was clocked at 2500MHz with timings 8-12-8-28 1T and 1.92v. The RAM was stable at these settings and remained the same throughout most of the benchmarks. 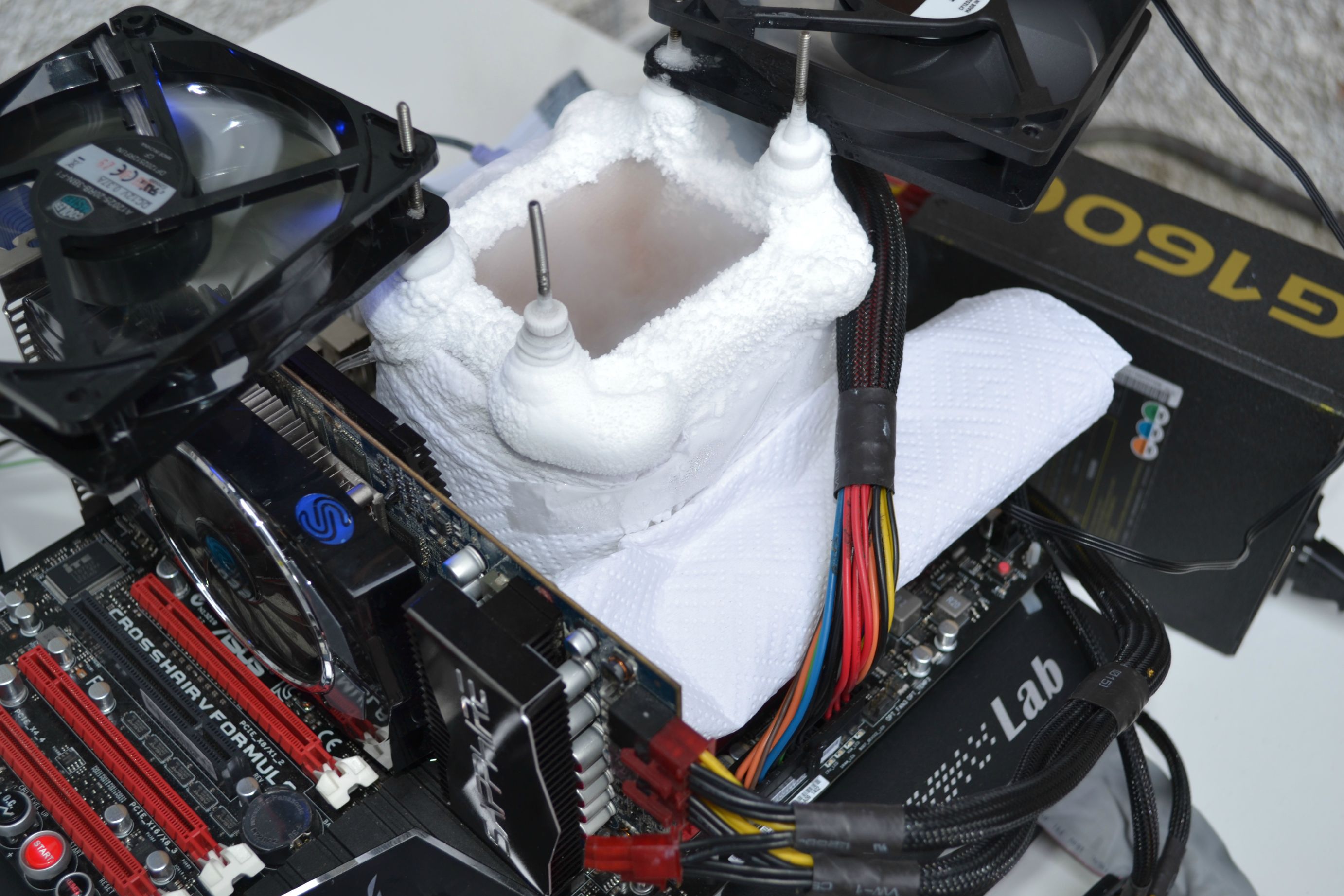 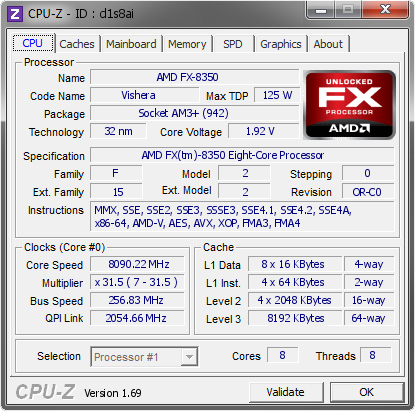 Impressed? You should be. When you look at HWBOT, there aren't many people, using the FX-8350, who have achieved 8GHz and above. I asked Lewis if he had any tips for first timers or people looking to break into the extreme over-clockers club:

"Always make sure you're running the most efficient OS possible, which is more often than not, a cut down version of Windows 7 or XP. Play around with your system as much as possible until you cannot get another MHz out of it, then put it under cold. Never get a new system cold without testing as you can waste a lot of time getting a dog chip cold and getting absolutely no results from it."

It's not something you hear everyday and it's not an easy task, in the slightest. It's great that someone with this kind of experience is also willing to share their experiences and helpful tips, so I'd like to thank Lewis (ObscureParadox) for replying and giving me a good insight.

Lewis was also kind enough to provide us with plenty of pictures of FX8350 rig and the Celeron rig, respectively.

Join the discussion on OC3D member joins 8GHz club on the OC3D Forums.

Smizzlopi
Quote:
Should be alright now

And a huge congrats to Lewis for 8 GHz! That's what OC3D is all about.Quote