The Raspberry Pi has always been inspired by the British microcomputers of the 80s, delivering users highly programmable machines with capabilities which are only limited to the creativity of their users.

The Raspberry Pi 400 is a modern take on PCs like the BBC Micro, ZX Spectrum, Commodore 64 and Amiga systems. The motherboard of a PC is integrated into the unit's keyboard, requiring users to get started by hooking in a power cable and a monitor cable. It doesn't get much easier than that.

The Raspberry Pi 400 claims to be a "faster, cooler 4GB Raspberry Pi 4 that integrated into a compact keyboard. The system will ship for $70 as a standalone product or as a $100 kit which will include everything a user needs to get started.

With the Raspberry Pi 400's starter kit, users will receive the following. This package will give users the perfect "Christmas morning" product and deliver users an excellent out of the box experience.

At launch, Raspberry Pi plans to offer these units with English (UK and US), French, German, Italian and Spanish keyboard layouts. Each unit will also ship with a translated Beginners guide. This guide will be the newly released 4th edition of the Raspberry Pi Beginners Guide. 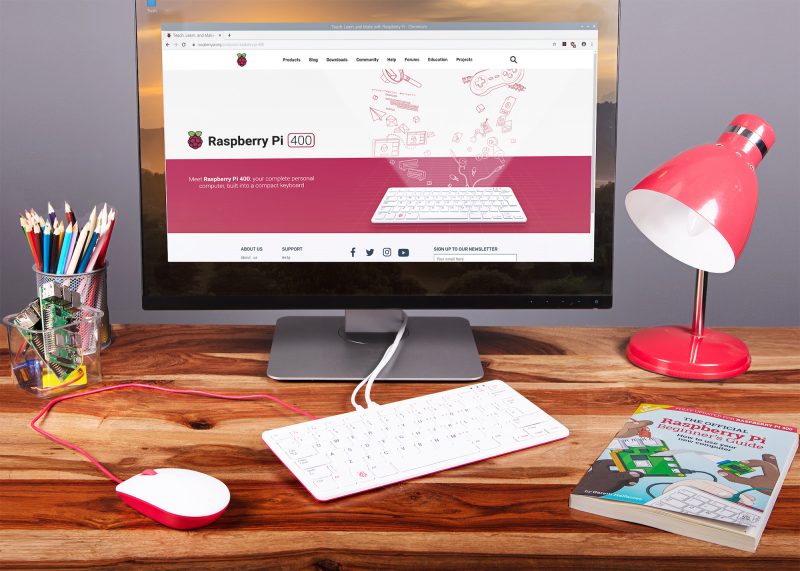 You can join the discussion on the Raspberry Pi 400 keyboard mini PC on the OC3D Forums.

g0ggles1994
That's pretty neat. It'd be great for breadboarding prototypes as all you need is the mouse and monitor.

I might pick one up to have a play with.Quote