Razer's increasing the pricing of its next-generation gaming laptops, and others will follow suit

Gaming laptops are about to get a lot less affordable

2021 is coming to its end, which means that CES 2022 is coming and with it will come a new generation of gaming laptops from all major manufacturers.

Razer's CEO, Min-Liang Tan, has stated on Twitter that next-generation gaming laptops will cost more than their predecessors. These price increases will come thanks to rising components costs and other factors (such as DDR5 memory pricing). 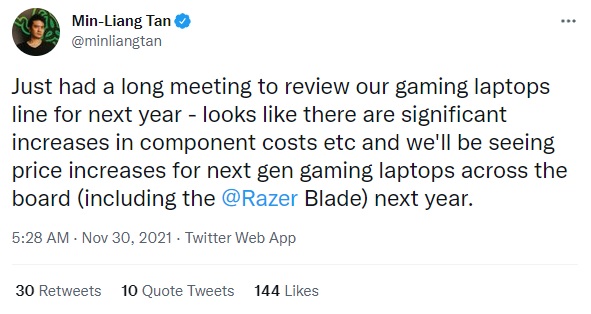 With new hardware on the horizon and generic components becoming more expensive, new gaming laptops will be more expensive to produce. Min-Liang Tan has stated that there will be "price increases for next gen gaming laptops across the board" in 2022, including their Razer Blade series notebooks.

Sadly, this factor is contributing to a major affordability crisis for the PC gaming market. Today's GPU prices have made it increasingly difficult to build a low-cost gaming system. This is making it difficult for new people to enter the world of PC gaming.

Additionally, high pricing is forcing some PC users to abandon PC gaming entirely as system upgrades become increasingly challenging to afford. New games are demanding stronger hardware, and a lot of that hardware is becoming harder to afford. 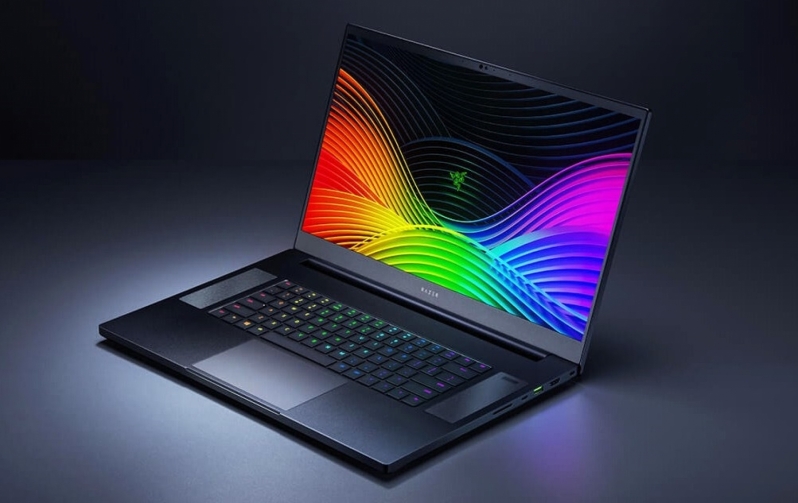 PC Gaming is in the middle of an affordability crisis

The technology sector has been hit hard by the world's ongoing logistics problems and rampant components shortages. There is not enough components to meet the world's demand for them, and shipping issues are delaying the movement of components and products worldwide. This is causing manufacturing costs to rise and has already delayed the release of multiple new devices. Until these global issues are rectified, the PC market cannot return to normal.

Another factor that will impact affordability is the industry's move to DDR5 memory, which is expected to remain more costly per GB than DDR4 memory until mid-2023. This places additional pressure on system pricing, making PC gaming's affordability issue even worse. That said, DDR4 memory will remain commonly used for some time.

The world's a mess, and that has hit PC gaming hard. Let's hope that things can start returning to normal soon, as PC gamers deserve some good news on the pricing front. To say the least, it would be a welcome change.

You can join the discussion on Razer's plan to increase the pricing of their next-generation laptops on the OC3D Forums.