20 of the console's 40 games have been confirmed

SEGA console emulators are nothing new, but more often then not they come from no-name brands with inaccurate emulation and provide a gaming experience that cannot be described as anything other than a disservice to the platforms they attempt to copy. With their official Mega Drive Mini consoles, SEGA hopes to rectify these problems, offering a classic gaming experience which can be enjoyed on today's high-resolution screens.

With this release, SEGA will be 1upping Nintendo with a total of 40 games that are pre-loaded onto their hardware, which is more than what both Nintendo's NES and SNES Mini consoles released with. At launch, SEGA's Mega Drive and Genesis Mini consoles will cost £69.99 in the UK, €79.99 in Europe and $79.99 in the US. 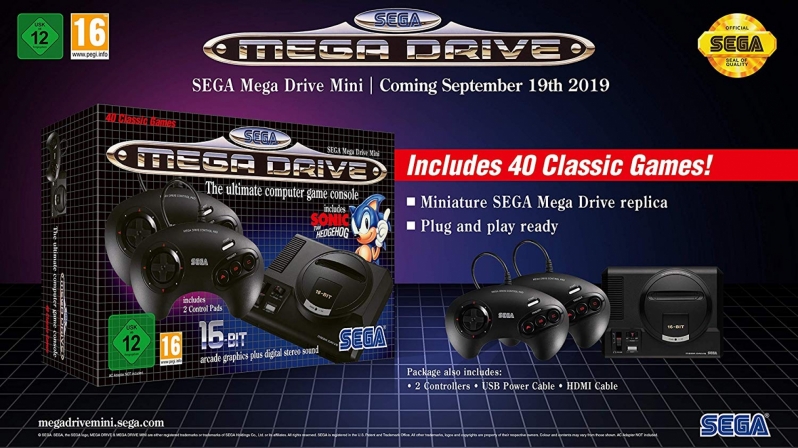 Right now we know that the console ships with two USB controllers, a Micro-USB power input and an HDMI display output. Starting today, SEGA's Mega Drive Mini console will be available for pre-order, giving SEGA plenty of time to judge demand and prepare enough of their Mini consoles to meet launch day demand.

Hopefully, SEGA's mini consoles will offer a high enough level of emulation quality to satisfy both hardcore Genesis/Mega Drive fans and casual gamers alike, an not act as a repeat of Sony's failings with the PlayStation Classic.

You can join the discussion on SEGA's Mega Drive/Genesis Mini Consoles on the OC3D Forums.