The console will release on November 19th in the UK.

Sony has officially revealed that their PlayStation 5 consoles will release this November, offering different release dates for different regions. Our guess is that Sony wants their launch to be as close to the Xbox Series X/S as possible, but they are unable to meet their planned November 12th release date in all regions.

In the US< Japan, Canada, Mexico, Australia, New Zealand and South Korea, the PlayStation 5 will release on November 12th. In the rest of the world (including the UK), the console will launch one week later on November 19th.

Sony has also confirmed that their PlayStation 5 and PlayStation 5 All-Digital consoles will launch for $499.99/£449.99 and $399.99/£359.99 respectively. This places Sony's pricing far above Microsoft's Xbox Series S though the PlayStation 5 Disk Drive will offer stiff competition for the Xbox Series X with identical launch pricing.

Xbox Series X/S will launch worldwide on November 10th, before PlayStation 5 in all regions. PlayStation 5 pre-orders are due to open on September 17th. 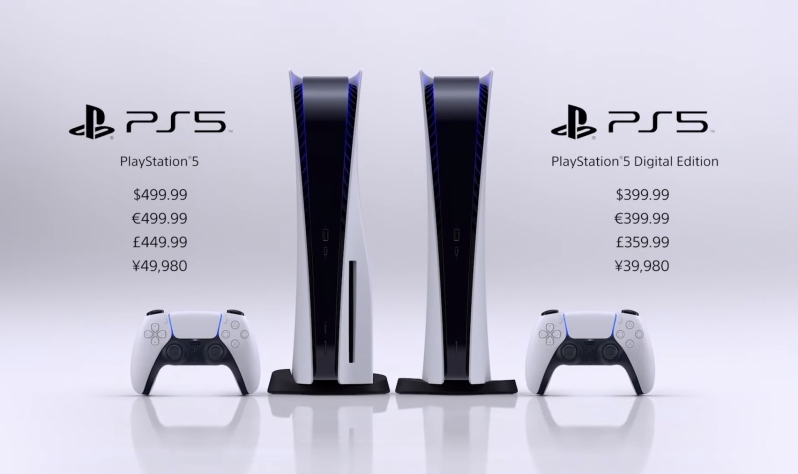 You can join the discussion on Sony's PlayStation 5 release dates and pricing on the OC3D Forums.

NeverBackDown
The digital version is still a better value than the Series S. With that tiny ssd in the S before you take away the conversion from powers of 1000 to powers of 1024 PLUS the OS, it'll be a pretty small drive for games.

You'll end up needing to get the Xbox Expansion Drive which will cost a pretty penny. So really in the long run it's a weaker console that will need a storage upgrade sooner rather than later, and It'll cost you more.

Not to say that it's the best choice for everyone though.Quote

Warchild
Quote:
Since you are a PS owner. What is PS Now like? or their game pass equivalent? any idea?.

I tried to use it on PC but the software was buggy.Quote

NeverBackDown
Don't use PS Now so I couldn't tell you. I just use PS Plus for online play.Quote

tgrech
Lot of very good looking games, looks like raytracing is truly mainstream from here on. Every game is gonna have wet floors now.Quote

Greenback
Quote:
My son had PS now for his birthday, on the ps4 it downloads games, not tried it on PC but as far as I understand it's streaming and not a download like game passQuote
Reply